Course near Cincinnati has baskets stolen for second time 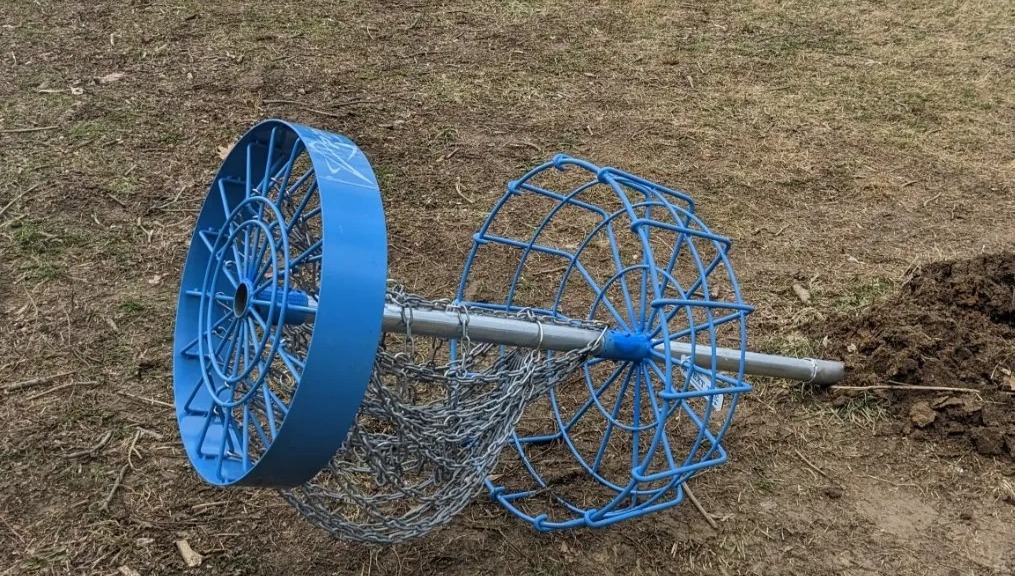 Late Tuesday night, the majority of the disc golf baskets at Devou Park were crushed, bent or ripped out of the ground, according to the Devou Good Foundation. The park sits on a hill in Kentucky, overlooking the Ohio River and neighboring Cincinnati, Ohio.

This is the second attack on the course since it opened in October. Just a few days after the grand opening, a dozen baskets were stolen.

“This is not just an attack on the course, it’s an attack on our community and the shared spaces we all enjoy,” the foundation said in an online statement. “We urge anyone with information to come forward and help bring the perpetrator to justice.

The foundation is offering $1,000 for information leading to an arrest and an anonymous donor is offering another $1,000.

The cost of the baskets stolen in October totaled more than $5,000 officials said at the time. There’s been no word on what it will cost to get the course operational after the damage dealt on Tuesday.

Officials are asking anyone with information to call the Covington Police at 859-292-2222.

“We hope that everyone will join us in taking a stand against vandalism in our community,” the foundation said. “These actions are not just costly but also undermine the sense of safety and well-being of the people who live in and use the area.