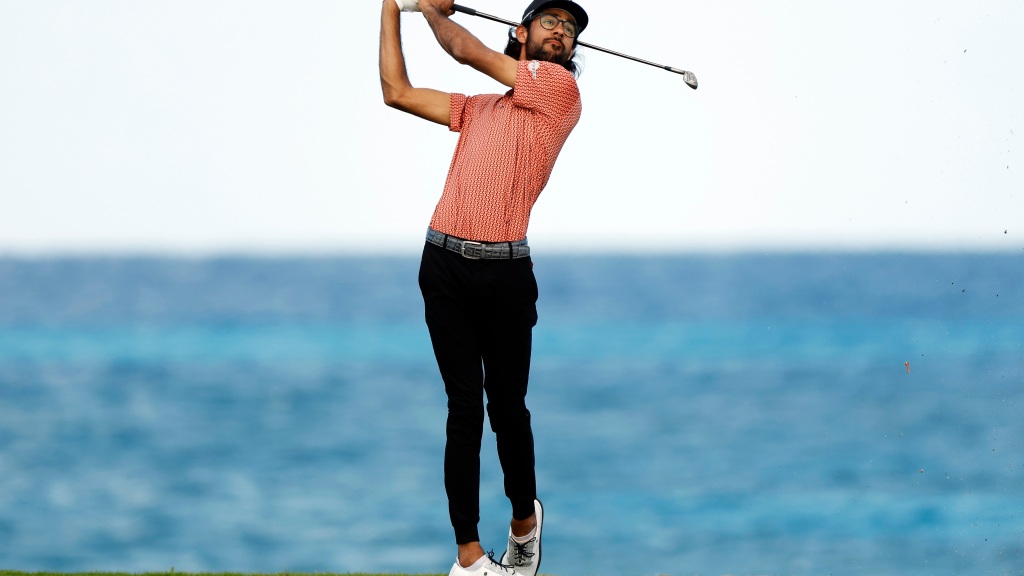 Akshay Bhatia won for the first time on the Korn Ferry Tour this time last year. Nearing the halfway mark of the 2023 Bahamas Great Exuma Classic at Sandals Emerald Bay, he’s closing in on win No. 2.

Bhatia was 19 and making his first KFT start one year ago when he won. Here in 2023, he opened with a 67 Sunday – the KFT season opening tournament is a Sunday-through-Wednesday affair – and posted a 69 on Monday. He had four bogeys (and two birdies) on the front but closed with four birdies over his last eight holes, including Nos. 15, 16 and 17. Monday’s 67 came despite a double bogey. He is at 8 under. Play Monday was suspended due to darkness with 14 golfers still on the course.

Shad Tuten is also at 8 under after rounds of 69-67. Three golfers – Daniel Miernicki, Chandler Phillips and Cody Blick – are a shot back tied for third, although Blick is only through 15 holes.

First-round leader Jeremy Paul followed up his 65 with a 79 in the second round.