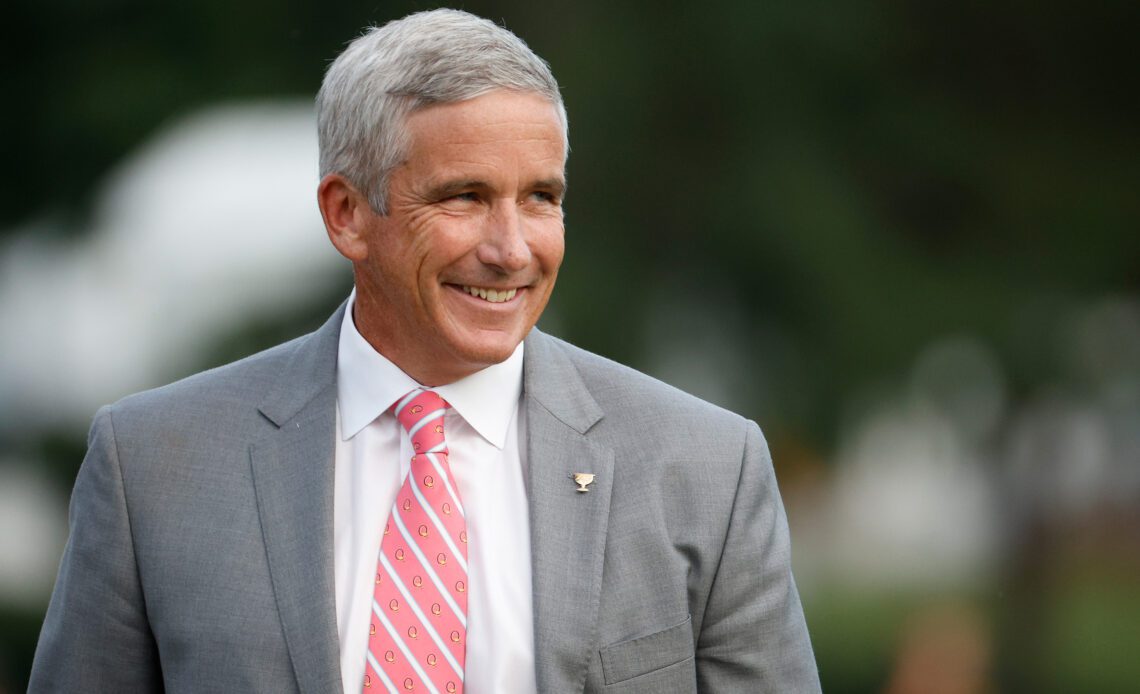 The PGA Tour is the premier tournament circuit for touring golf professionals and it runs the PGA Tour as well as the Korn Ferry Tour, PGA Tour Champions, PGA Tour Latinoamérica and PGA Tour Canada. Officially it is a non-profit organization and is essentially owned and run by itself. However there is always a commissioner heading up the organization and that man is currently Jay Monahan. Here are some things you didn’t know about him.

3. Monahan was immersed in the sport of golf as a child and went on to play golf and hockey at Trinity College in Hartford, Connecticut, where he was an Academic All-American in his senior season.

4. He earned a master’s degree in sport management from the University of Massachusetts at Amherst in 1995.

6. Monahan previously worked at IMG Worldwide where he played an integral role in the development of the Deutsche Bank Championship at TPC Boston.

7. As Commissioner of the PGA Tour, Monahan serves on the Board of Directors of the International Golf Federation, the World Golf Foundation and the DP World Tour.

8. In June 2008, Monahan came to the PGA Tour (opens in new tab) as the executive director of The Players Championship.

9. Before working for the PGA Tour Monahan worked with Fenway Sports Group (FSG), where he was FSG’s Executive Vice President.

10. Monahan and his wife Susan have two daughters.

11. PGA Tour commissioner Tim Finchem announced his retirement in 2016 on November 7, and Monahan officially took over as commissioner two months later in January 2017.