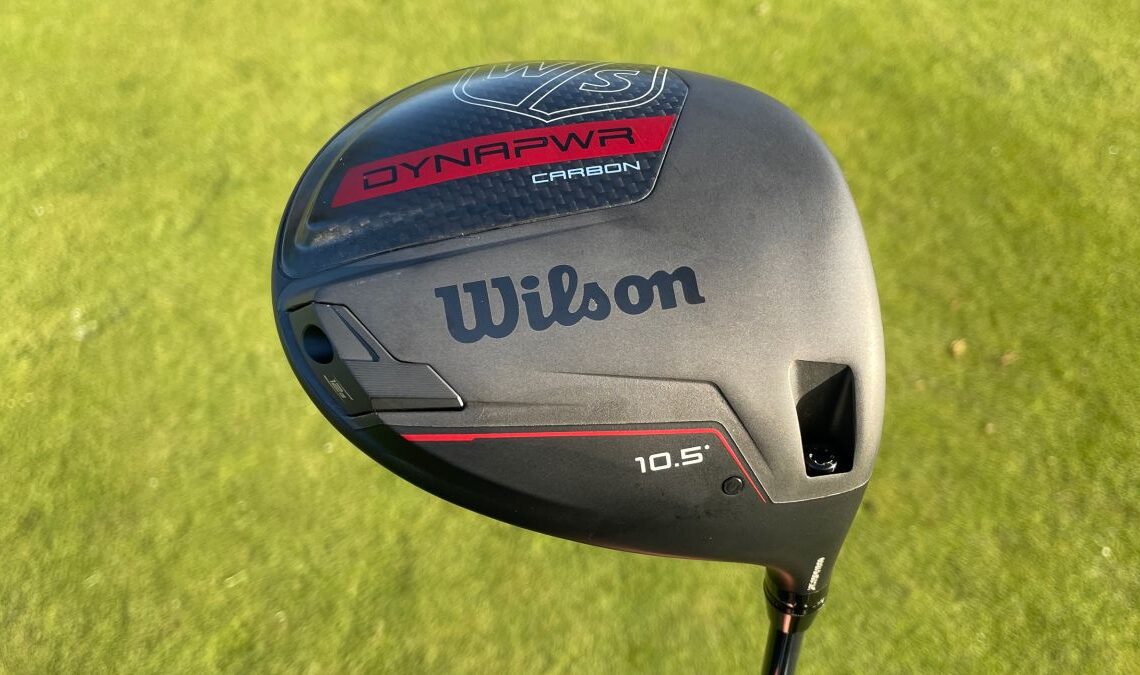 The driver market is becoming increasingly congested with genuine challengers to the big four of TaylorMade, Callaway, Ping and Titleist. Brands like Cobra, Mizuno and Srixon have made significant strides in creating new drivers that compare favourably with the products most popular out on tour, and now it’s Wilson’s turn to have its voice heard.

The new Dynapower driver is one of the most adjustable drivers ever created by Wilson and is available in both Carbon and Titanium head options. The carbon model is designed for the slightly better player – we’ve even seen it in the hands of new signing Kevin Kisner out on tour – and features, as the name suggests, sizeable carbon fiber panels on the sole and crown to make the weighting of the head more efficient.

The sole view is relatively subdued but it certainly looks premium in the bag. Flip it over and there is a comparison to be drawn with the new Callaway Paradym driver in the way the carbon fiber section contrasts subtly with the front edge and how it adopts more of a gloss finish. Factor in the subtle markings on the PKR2 face and there isn’t much to go on in terms of alignment, but the shape manages to be both traditional and inviting behind the ball at the same time.

The abundance of carbon fiber built in means the impact sound is quite dull, dense and short. Some may want a little more feedback but I actually quite like the reassuring ‘thud’ that accompanies a well struck shot. This driver feels solid and stable.

I got custom fitted for this driver, albeit in pretty terrible weather conditions on an outdoor covered driving range, into a Fujikura Ventus Blue 6-X shaft and a 10.5° lofted down, which isn’t something that normally happens because my attack angle is typically significantly on the up. On the day in my fitted spec, it got very close to the Titleist TSR3 driver currently in my bag, matching it at times for both distance or dispersion but the TSR3 still probably edged it. When testing it again indoors on the Foresight Sports GCQuad launch monitor with Titleist Pro V1x golf balls, it again struggled to keep up with the new launches like the Callaway Paradym and TaylorMade Stealth 2, falling between 5-10 yards short in terms of carry distance. It was a touch spinny, but not excessive, and the launch angle was healthy, it just seemed to be lacking that last few percentiles of performance that perhaps…