Who Is Collin Morikawa’s Caddie? 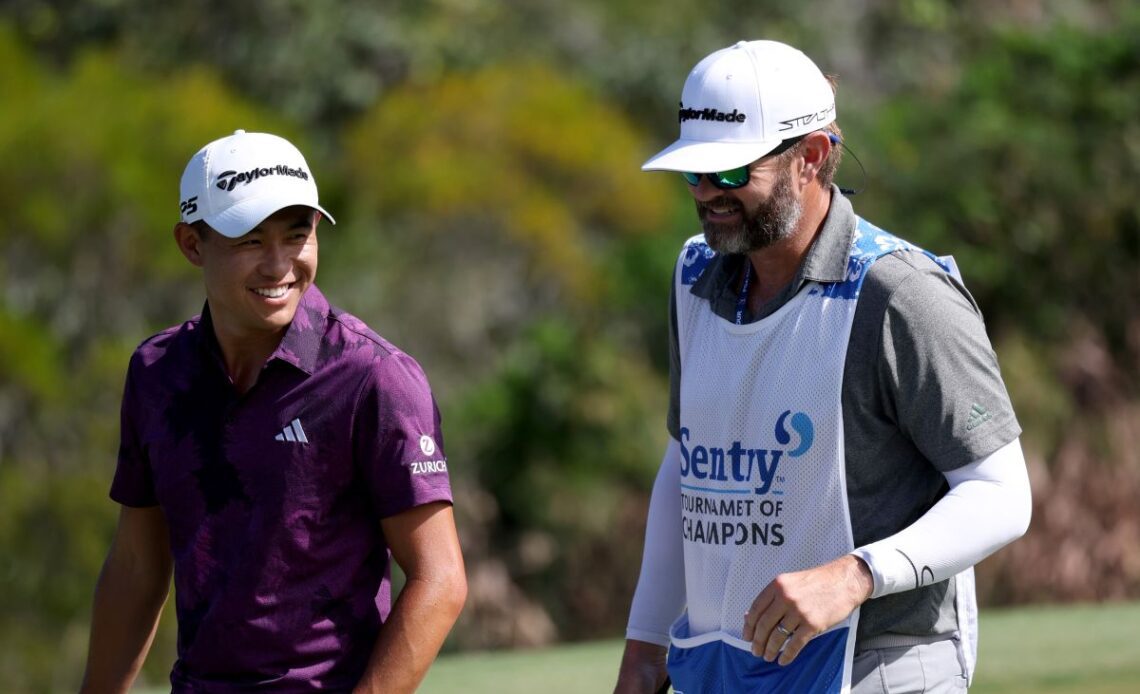 Who Is Collin Morikawa’s Caddie?

Collin Morikawa currently has Jonathan Javovac (JJ) on the bag – a man who was quite some player himself. Jakovac won two individual national championships for California State University, also known as the Chico State Wildcats.

Jakovac turned professional but didn’t get through Q-School. At that point, he took a caddie job with fellow American Ryan Moore in a partnership that lasted seven-and-a-half years. The spell saw Jakovac caddying for Moore in the deciding 2016 Ryder Cup match – a moment the looper considered his career highlight at that point.

The pair went their separate ways after the 2019 PGA Championship. While Jakovac was at home in Napa, California, he recognised the up-and-coming talent of Morikawa. He asked an agent friend to get in touch with Morikawa’s team about the prospect of teaming up together. They eventually met at the sectional qualifier for the 2019 US Open at Pebble Beach; Morikawa advanced and the partnership was born.

“The best thing about him is his head,” Jakovac said of Morikawa during a conversation with PGA Tour.com in 2020. “I know the courses, but he thinks like a caddie out there, which is cool. He doesn’t play too conservative – he plays smart. He’s very methodical about the way he plots it around. I was saying this to someone, and they said, ‘So he’s like a 10-year veteran.’ I said, ‘He’s better than most of those guys in the mental aspect.’”

Away from golf, Jakovac is a huge San Francisco Giants fan, which made that 2020 PGA Championship victory at the city’s TPC Harding Park all the sweeter.

How Much Does Collin Morikawa’s Caddie Make?