Davis Thompson leads after opening round 62 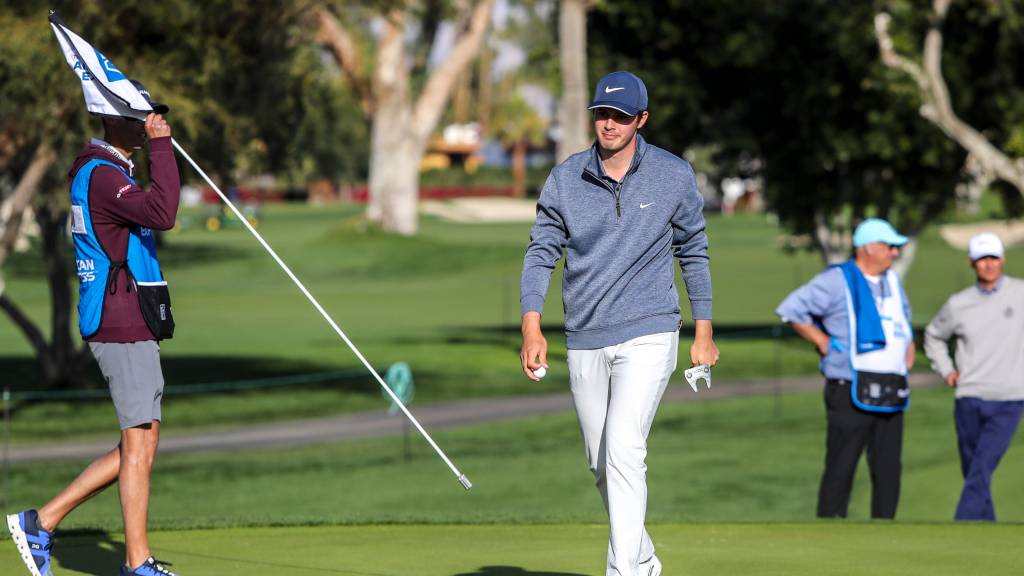 The story is about as old as the 64-year-old American Express PGA Tour event.

Someone goes to La Quinta Country Club and tears apart the front nine, only to hit a wall on the back nine. Rounds that seem destined to sniff 59 suddenly turn into solid but somehow disappointing rounds in the low 60s.

The story was repeated again Thursday, with Davis Thompson providing the drama. A brilliant 8-under 28 on the front nine at La Quinta, including back-to-back eagles on the par-5s at the fifth and sixth holes, was followed by a pedestrian 2-under 34 on the tougher back nine. The result was a 10-under 62 that pushed Thompson into the first-round tournament lead but left Thompson wanting more.

“That was kind of like my biggest challenge today was staying present-minded and trying to put one foot in front of the other,” said the 23-year-old Thompson, playing in the tournament for the first time after spending 2021-22 on the Korn Ferry Tour. “Your mind definitely starts to wander a little bit. But I played enough rounds to where I try to teach myself over and over you can’t get ahead of yourself.”

Sam Burns seemed on the verge of catching Thompson most of the afternoon, going 7 under through nine holes at the tougher Pete Dye Stadium Course at PGA West. But Burns also cooled off on his final nine holes, bogeying the 18th for a 64. That left Burns in a five-way tie for second place with Jon Rahm who played at La Quinta, Tyler Duncan, who played the Nicklaus Tournament Course at PGA West, Matti Schmid, who played the Stadium Course, and Taylor Montgomery, who shot his 64 at La Quinta.

Nine players finished at 65, including Southern California PGA section representative and PGA of America player of the year Michael Block, and world No. 6 Xander Schauffele.

If there was a surprise in Thompson’s round, it was that he had never played the course in competition. But he made sure to learn something about desert layouts before coming to La Quinta.

“I was able to come out here early before I went to Hawaii (the Sony Open) and played out here on the Nicklaus Course. So I was a little familiar with it,” said Thompson, who played in eight PGA…