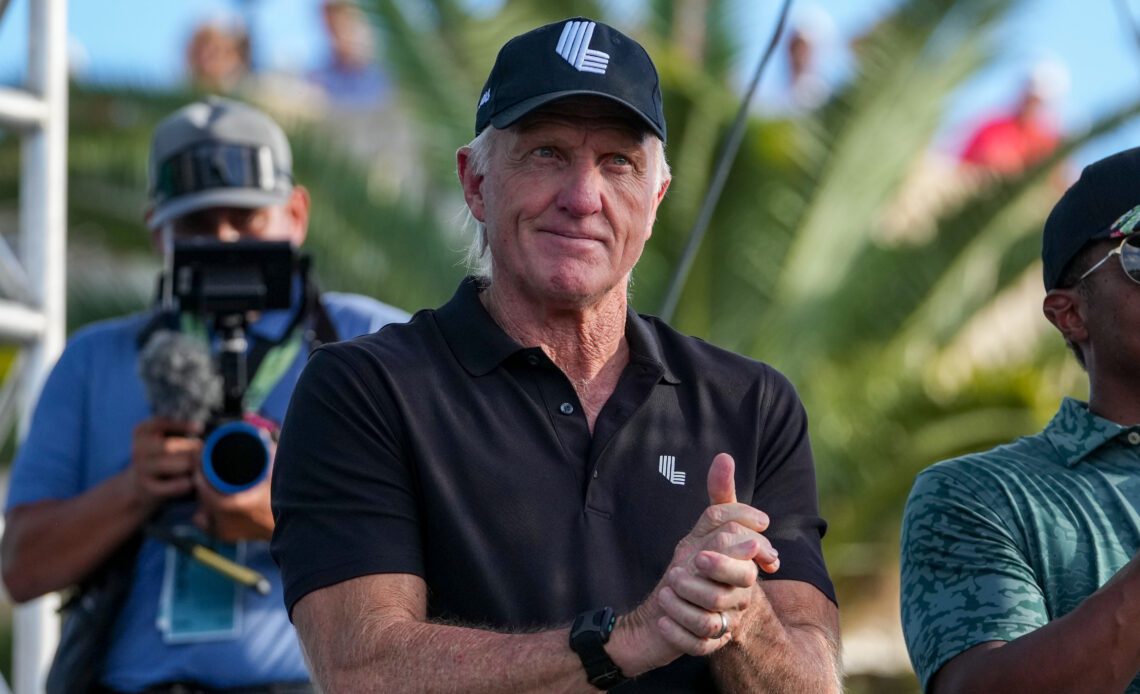 LIV Golf has confirmed its first-ever US broadcast television and streaming agreement, announcing a multi-year partnership with The CW Network.

The news was made official after much speculation and will see the 14-event 2023 LIV Golf League aired live on TV and via the network’s app in America.

“This is a momentous day for LIV Golf as this partnership is about more than just media rights,” said Greg Norman, CEO and LIV Commissioner. “The CW will provide accessibility for our fans and maximum exposure for our athletes and partners as their reach includes more than 120 million households across the United States.

“We’re very proud to note how consequential it is that a league that has only existed for one year has secured a full broadcast deal in its debut full league season.

“The CW and its majority owner, Nexstar Media Group, recognise the enormous interest in and potential of our league and with their support, more fans will experience the energy and innovative competition that LIV Golf is using to reinvigorate the sport.

“The CW is a world-class media partner, and we are honoured to be joining forces to further bring LIV Golf to life as they stake their claim in professional sports.”

Dennis Miller, President of The CW Network, added: “Our new partnership between The CW and LIV Golf will deliver a whole new audience and add to the growing worldwide excitement for the league. With CW’s broadcasts and streams, more fans across the country and around the globe can partake in the LIV Golf energy and view its innovative competition that has reimagined the sport for players, fans and the game of golf.

“For The CW, our partnership with LIV Golf marks a significant milestone in our goal to re-engineer the network with quality, diversified programming for our viewers, advertisers and CW affiliates. This also marks the first time in The CW’s 17-year history that the network is the exclusive broadcast home for live mainstream sports.”

As part of the agreement, weekend tournaments will air live on Saturdays and Sundays on both TV and on the app, while coverage on Friday will be available only through the app.

Will Staeger, Chief Media Officer of LIV Golf, added that this deal will help to “grow the sport” and attract “a younger viewership demographic than the traditional golf fan.”

Arlo White will return to lead the coverage alongside analysts David Feherty and Jerry Foltz in the booth, with Dom Boulet, Su-Ann Heng and Troy Mullins providing coverage on the…