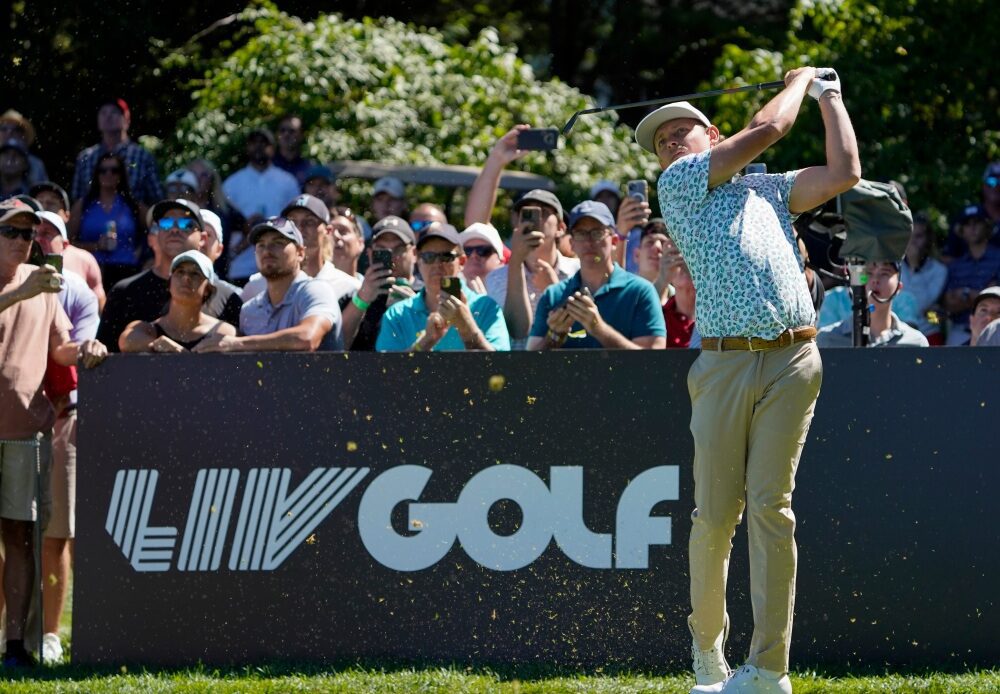 Early this week, rumors began to swirl that LIV Golf was finally in agreement to come to a TV near you. David Feherty, who joined the Saudi-backed league last year, hinted at the upcoming deal during a show in Florida.

The CW Network and LIV have agreed on a multi-year broadcast deal. The CW will air all 14 events throughout next season as well as offer a streaming option through its app.

“This is a momentous day for LIV Golf as this partnership is about more than just media rights. The CW will provide accessibility for our fans and maximum exposure for our athletes and partners as their reach includes more than 120 million households across the United States,” said Greg Norman, CEO of LIV Golf, in a release. “We’re very proud to note how consequential it is that a league that has only existed for one year has secured a full broadcast deal in its debut full league season.”

Events are 54 holes with no cut. Saturday and Sunday coverage will be available on The CW and CW app while Friday’s action will be exclusively on the app.

“Our new partnership between The CW and LIV Golf will deliver a whole new audience and add to the growing worldwide excitement for the league. With CW’s broadcasts and streams, more fans across the country and around the globe can partake in the LIV Golf energy and view its innovative competition that has reimagined the sport for players, fans and the game of golf,” said Dennis Miller, President, The CW Network, in a release.

“For The CW, our partnership with LIV Golf marks a significant milestone in our goal to re-engineer the network with quality, diversified programming for our viewers, advertisers and CW affiliates. This also marks the first time in The CW’s 17-year history that the network is the exclusive broadcast home for live mainstream sports.”

Broadcast features and on-air talent LIV Golf debuted in 2022 will remain the same in ’23.