Have you ever seen a WEIRDER two-hole sequence in golf? 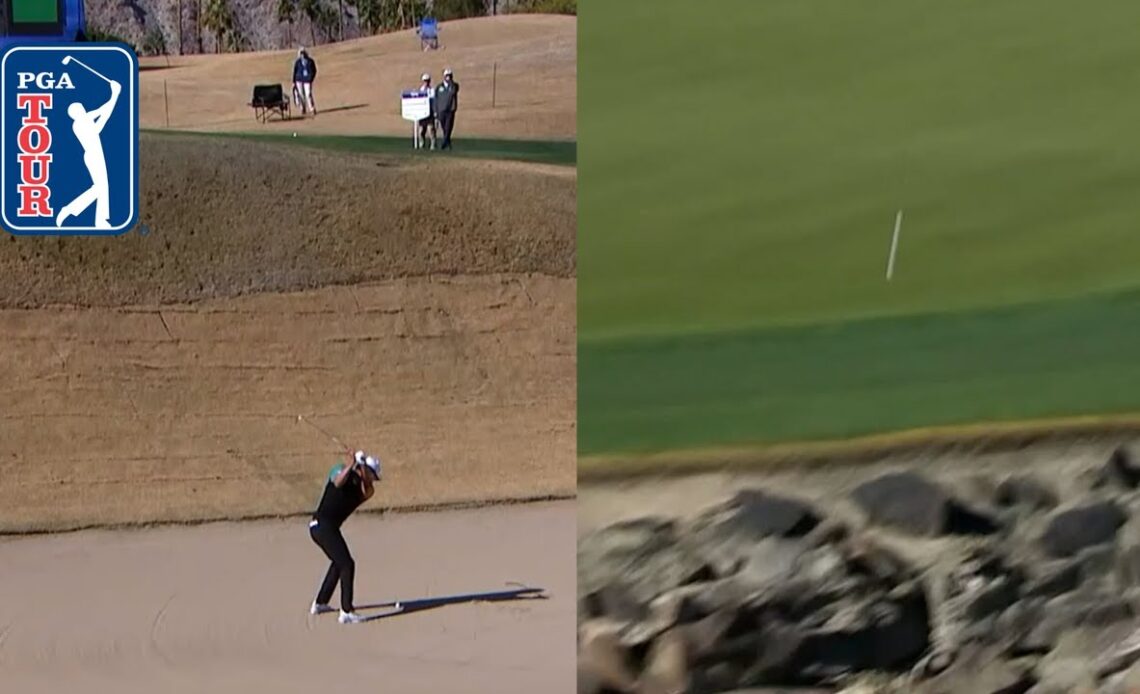 In the second round of The American Express 2023, S.H. Kim’s third shot at the par-5 16th hole hits the flagstick and caroms into the infamous greenside bunker, embedding under a rake. After taking relief, Kim takes four tries to escape the monster bunker before finishing with a triple bogey eight. On the par-3 17th hole, Kim’s tee shot bounces off the rocks on the edge of the island green, landing 24 feet from the flag. Kim then drains the ensuing putt for an uncanny, bounce back birdie.