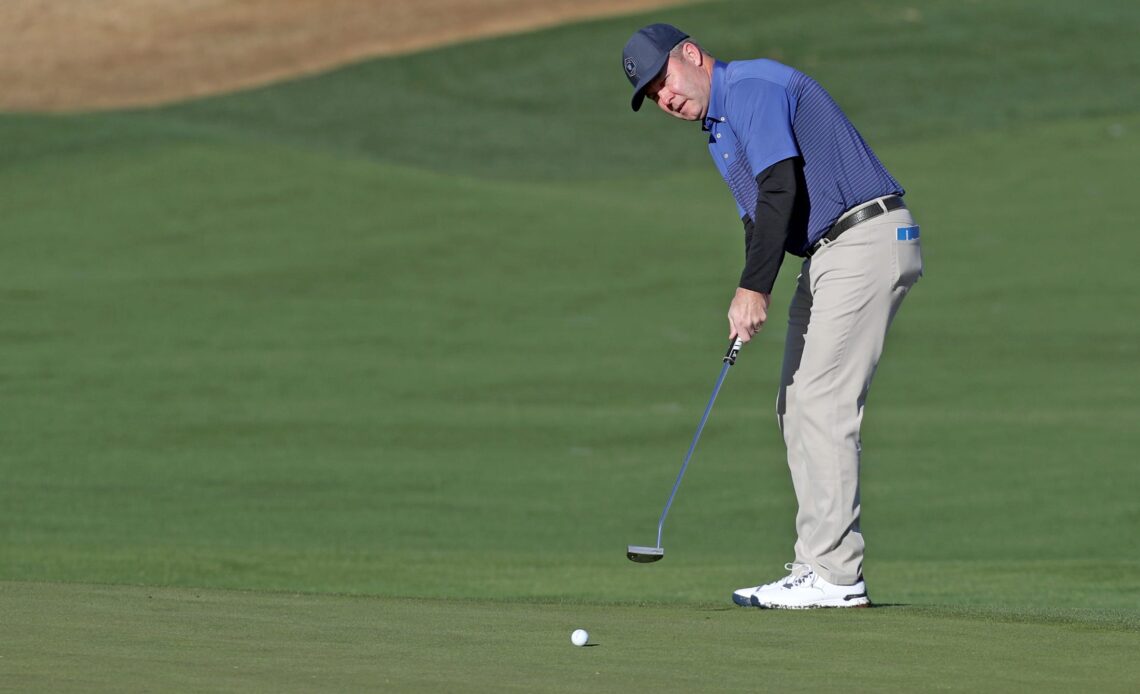 LA QUINTA, Calif. — As the Scottie Scheffler-Tony Finau group approached the eighth green at La Quinta Country Club during the opening round, two spectators in the gallery had the following conversation.

“Who is that playing with Scheffler and Finau?”

“I heard it’s the NBA commissioner.”

“Really? That’s cool. He’s a pretty good golfer, he should be the PGA commissioner.”

The man in question was in fact PGA Tour commissioner Jay Monahan. NBA commissioner Adam Silver was not spotted on the grounds.

They were wrong about the man, but they were right about his golfing ability. Monahan hit a handful of nice shots on Thursday, including a pretty birdie on the par-3 seventh hole while Scheffler and Finau could only manage par.

Another familiar face in the amateur portion of The American Express pro-am this week was Mike Whan, the executive director of the U.S. Golf Association.

USGA CEO Mike Whan putts on the 10th green during the first round of the 2023 American Express in La Quinta, California. (Photo: Taya Gray/The Desert Sun)

Whan is known in the desert as the former commissioner of the LPGA, so he spent time in the Coachella Valley every year during the LPGA major championship now known as the Chevron Championship, which will move to Houston in 2023.