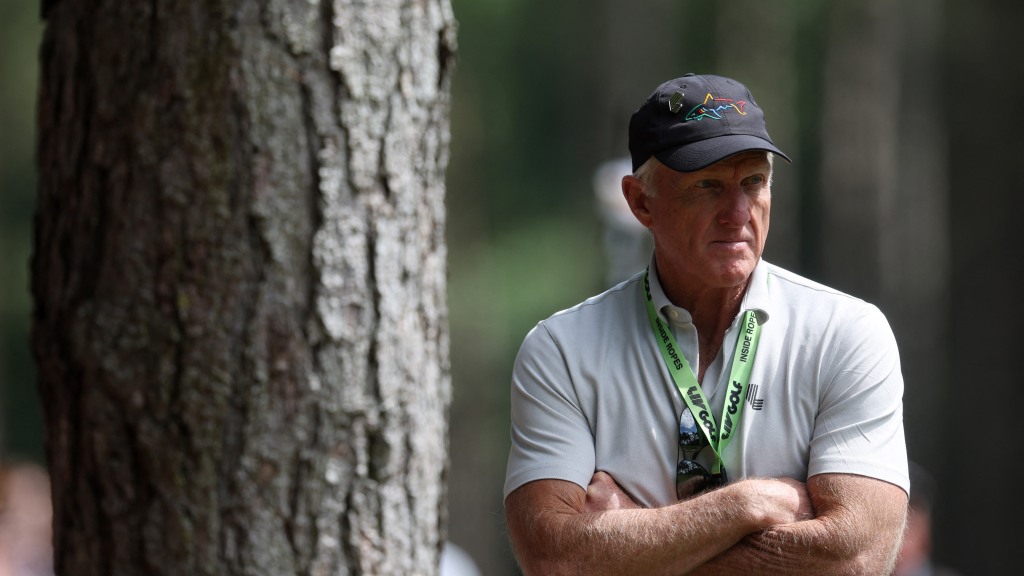 As the war of words – and lawsuits – between the PGA Tour and LIV Golf continue into the new year, Greg Norman says he’s more concerned about the fledgling tour’s business interests than its feud with golf’s establishment.

The two sides have filed legal action against each other after several established PGA Tour stars – including Phil Mickelson, Dustin Johnson, Bryson DeChambeau, Brooks Koepka – jumped to the rival tour last year. The relationship has become so adversarial, Tiger Woods said in November the only way to get the two sides talking again is for Norman to step down as LIV Golf CEO.

Norman also said Woods’ words won’t have any impact on how his company does business.

“Just making those comments, I think, is an indication that he might be a bit of a mouthpiece for the PGA Tour to try and do – to get us to create – or get turmoil, create it internally within LIV,” Norman said.

“But it’s not happening. We are fully entrenched. We know where we’re going. We know what we’re doing.”

After having tournaments only broadcast on streaming video during its first year of existence, LIV Golf last week reached a multiyear deal with the CW Network to carry its events live on television and online.

“This announcement with the CW Network was critical to what we’re doing,” Norman said.

On Saudi investment in LIV

In the interview with Kilmeade, Norman responded to concerns about LIV Golf being bankrolled by the government of Saudi Arabia by stressing his company’s independence.

“PIF (the Saudi Public Investment Fund) is our – our single-source investor. There’s no question about that, no denying about that,” Norman said. “But everything is up to LIV Golf Investments. It’s up to me and my executive team to run and govern this thing going forward.”

“There’s 23 PGA Tour sponsors who invest up to $40 billion into Saudi Arabia. Why – why don’t people come down on them?

“So, there’s the big question mark of why they’re attacking our credibility.”

As it stand now, LIV Golf events don’t count toward the Official World Golf Ranking, which play a large part in who is invited to play in golf’s major tournaments.