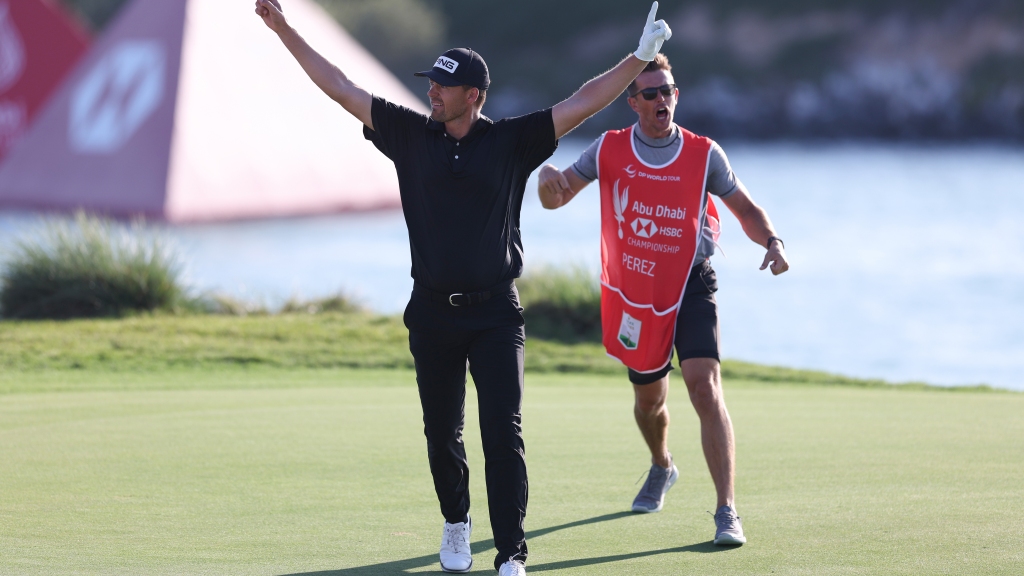 Victor Perez claimed his third DP World Tour win thanks to “probably the greatest shot I’ve ever hit” on the 17th hole during Sunday’s final round of the Abu Dhabi HSBC Championship.

The Frenchman began the final round a shot off the pace at Yas Links Abu Dhabi but joined the mix early thanks to a consecutive birdies on both Nos. 1 and 2 as well as Nos. 6 and 7 to take a two-shot advantage. Min Woo Lee and Sebastian Soderberg kept the pressure on, and after a three-putt bogey on No. 14, Perez reclaimed his lead with a birdie on the 15th.

The shot of the day, however, came at the par-3 17th, where Perez holed out for what would be a crucial late birdie from the bunker to take a two-shot lead to the 18th.

Perez made a late bogey on the 18th to sign for a 6-under 66 and earn a one-shot win at 18 under over Lee (68) and Soderberg (66). Old enough to play on the Champions tour, Padraig Harrington finished fourth at 16 under, with Francesco Molinari and Alex Noren T-5 at 14 under. Sami Valimaki shot a course record 10-under 62 to finish inside the top 10.

The win puts Perez in prime position to compete for a spot on the European Ryder Cup team when the biennial bout heads for Italy in the fall. He’s currently second on the European Points list.

The DP World Tour will hold its third straight event in the Middle East next week with the 2023 Hero Dubai Desert Classic, Jan. 26-29.