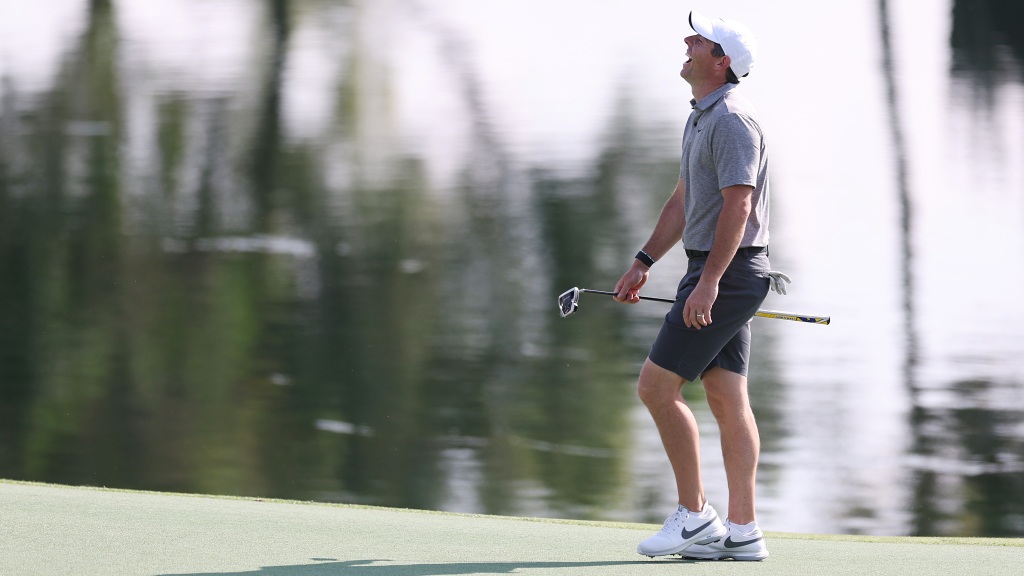 Video finally surfaced of the Rory McIlroy/Patrick Reed exchange on the range at this week’s Hero Dubai Desert Classic on the DP World Tour and Twitter immediately responded.

Was the video underwhelming? Of course it was. What did we expect? Reed to crow-hop into a full-blown laser beam into McIlroy’s back?

“I didn’t see it. I was down by my bag and he came up to me, and I was busy working and sort of doing my practice, and I didn’t really feel like — I didn’t feel the need to acknowledge him,” McIlroy explained to reporters Wednesday. “So I didn’t see a tee coming my direction at all, but apparently that’s what happened. And if roles were reversed and I’d have of thrown that tee at him, I’d be expecting a lawsuit.”

Here are some of the best tweets from Wednesday.

You know how when people say a sequel or spin-off ruined the original movie or a franchise?

That’s how I feel about Patrick Reed and the 2016 Ryder Cup. It’s been totally ruined for me. https://t.co/AnyyNz1bDC

I genuinely wonder how much Patrick Reed is even aware of all the lawsuits etc. that have his name on them. We all know Justine and “Team Reed” are running the show—and it’s like, what kind of person would sue everyone on the planet then act like nothing’s happened? Very bizarre. https://t.co/VIW7odEXtI

And then PReed tossed a tee in his direction like a 12 year old after mom said no more range balls. pic.twitter.com/NLa3lFamX0