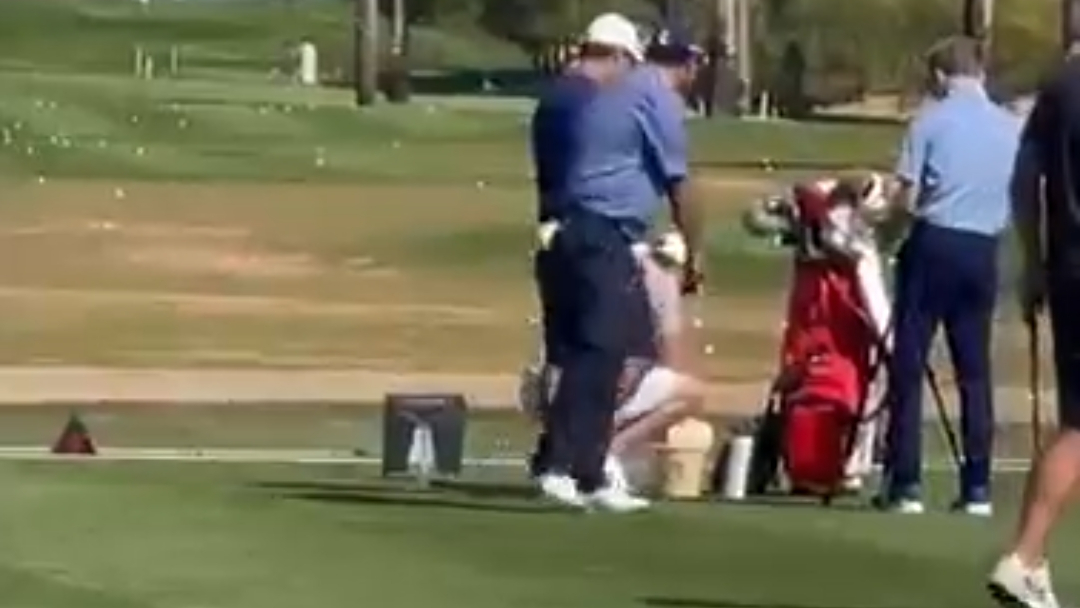 The build-up to the Dubai Desert Classic has resulted in tension between PGA Tour stalwart Rory McIlroy and LIV Golf player Patrick Reed after McIlroy declined to acknowledge a handshake from the American, resulting in Reed reportedly tossing a tee in his direction.

Both players have addressed the alleged incident, with McIlroy playing it down as a storm in a teacup and Reed describing McIlroy as acting like “an immature little child”.

Now, video has emerged of the apparently tense moment. The footage shows Reed approaching McIlroy’s caddie Harry Diamond and patting him on the back before heading towards McIlroy and appearing to offer a handshake. However, after McIlroy fails to respond, Reed chooses to walk away before seemingly tossing a tee in his direction.

Speaking to the press about the incident, McIlroy expressed surprise that it had become a story at all, saying: “Patrick came up to say hello and I didn’t really want him to. From my recollection, that was it. I didn’t see a tee. I didn’t feel a tee. Obviously someone else saw that. But it’s definitely a storm in a teacup. Obviously nothing – I can’t believe it’s actually turned into a story. Yeah, it’s nothing.”

However, he then revealed the reason for blanking Reed – a Christmas Eve subpoena from Reed’s law firm Klayman Law Group at his house amid the ongoing PGA Tour vs LIV court case. He said: “I’m living in reality, I don’t know where he’s living. If I were in his shoes, I wouldn’t expect a hello or a handshake.”

Reed has told the Mail’s Chief Sports Feature Writer Riath Al-Samarrai the subpoena was “nothing to do with me,” as it’s related to the wider PGA Tour vs LIV case, where Klayman Law Group is acting on behalf of LIV Golf. He went on to address the incident with McIlroy, saying: “I walked over there and wished Harry (Diamond, McIlroy’s caddie) Happy New Year and then Rory because it is the first time I have seen them. Harry shook my hand and Rory just looked down there and was messing with his Trackman and kind of decided to ignore us. We all know where it came from, being part of LIV.

“Since my tees are Team Aces LIV tees I flicked him one. It was kind of a funny shot back. Funny how a small little flick has turned into basically me stabbing him and throwing a tee at him. He saw me and he decided not to not to react. But it is one of those things. If…