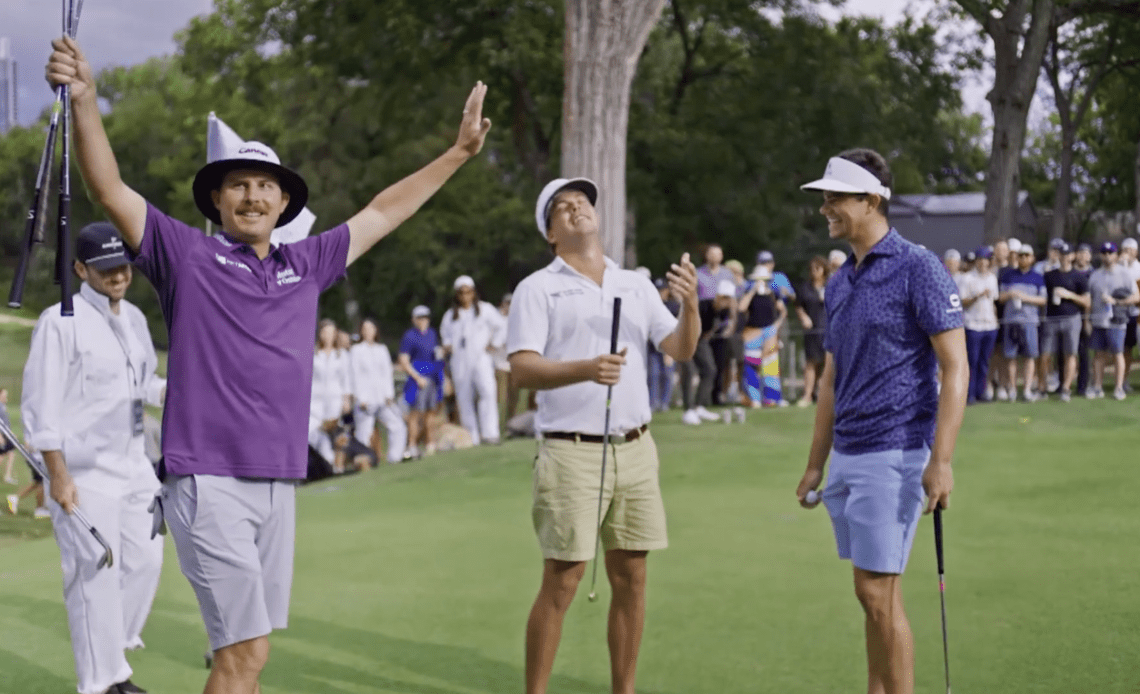 After finishing tied for 14th at the Masters last April, Harry Higgs has seen the walls of competitive golf close in a little tighter, much of the fun of a game he grew up adoring squeezed dry.

He does what he’s supposed to, hitting the range for hours on end, and following with a thorough routine of putting and chipping drills, often at his home club of Trinity Forest near Dallas.

But even Higgs, known for his gregarious personality and insightful one-liners, admits that some of the fun has been sucked out while competing at the game’s highest level. He missed five straight cuts after leaving Augusta and lost his Tour card after a disappointing year that saw him finish just once inside the top 10.

So when he saw a second appearance at the Tito’s Shorties Classic pop up on his schedule, the affable Higgs was eager to let loose and have a little fun.

The event, held at Butler Pitch and Putt in downtown Austin, Texas, is a four-person skins game on a postage stamp in the heart of one of the most vibrant cities in the country. Drinks in hand. Trash talk flying. Dogs and PGA Tour pros walking together. And in the end, perhaps just the potion Higgs needed after a rough stretch.

The event took place in November but will air on Golf Channel on Jan. 11, 2023, at 7 p.m. ET, with Amanda Renner and the Bob Does
Sports crew handling commentary. Tito’s donated to the charity each was playing for, with a total donation of $290,000.

“I went on a guys trip with four guys from my club, and I’ve done a few other things for fun here or there, but every time I do something like this, I think and say aloud to basically anybody that will listen, and obviously knowing me that turns into everybody, that holy s—, it is so nice to be reminded of it, but this is supposed to be fun, right?

“One of the things that surprised me the most in, now, this is now my fourth year, how quickly this turned into a job, which I probably knew was coming, but maybe not as quick as it did.”

The Shorties Classic doesn’t feel like a job, even though he got paid for the event, along with returning player Joel Dahmen and newbies Keith Mitchell and Beau Hossler.