This non-elevated event is already boasting a super field 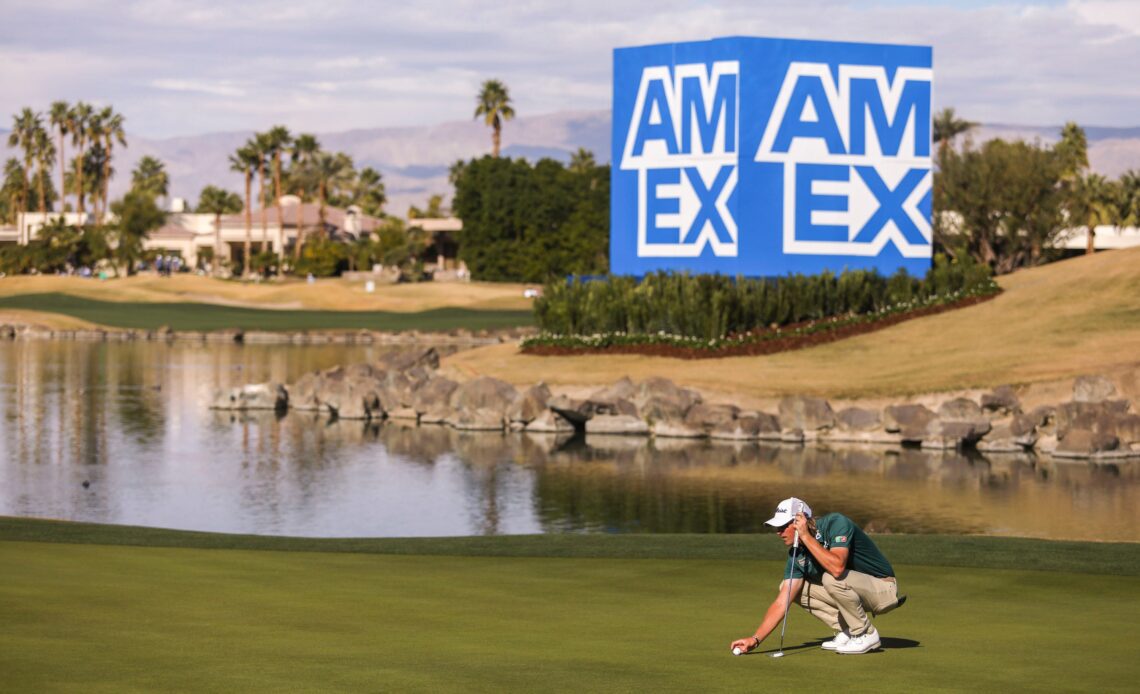 The American Express PGA Tour event near Palm Springs, California,  continues to add to its strong field for 2023, adding four players in the top 15 in the world rankings Monday including past tournament champion and world No. 5 Jon Rahm.

Will Zalatoris, ranked seventh in the current Official World Golf Rankings, No. 13 Sam Burns and No. 15 Tom Kim also will play in the 64th annual event Jan. 19-22.

That group adds to a field that already includes No. 2 and Masters champion Scottie Scheffler, No. 4 Patrick Cantlay, No. 6 Xander Schauffele and No. 12 Tony Finau. The American Express now has commitments from five of the top seven and eight of the top 15 players in the rankings.

“Our high-profile field and top-notch musical entertainment are sure to make quite the sporting and entertainment spectacle for our golf fans in the Coachella Valley and greater Southern California come tournament week,” said Pat McCabe, executive director of The American Express, in a statement announcing the commitments. “Though we are still a month away from the first round of The American Express teeing off, our player field is already loaded with more star power than we have had in recent memory.”

Richy Werenski places his ball for his putt on the 18th green of the Pete Dye Stadium course during the second round of the American Express at PGA West in La Quinta, Calif., Friday, Jan. 21, 2022.

Big names in top 10 in rankings

Rahm, who won The American Express in 2018 as the second of his seven PGA Tour titles, is returning to make his fifth start at the desert event in the past seven years. He is one of nine event champions represented within The American Express’ 2023 field of early commitments. Joining Rahm is 2021 tournament champion Si Woo Kim, 2020 champion Andrew Landry, 2019 champion Adam Long, 2016 champion Jason Dufner, two-time winner Bill Haas (2010 and 2015), 2013 champion Brian Gay, 2011 champion Jhonattan Vegas and 2007 champion Charley Hoffman. The defending champion, Hudson Swafford, will not play due to his affiliation with LIV golf.

Rahm won the 2021 U.S. Open at Torrey Pines Golf Course in San Diego and has expressed…