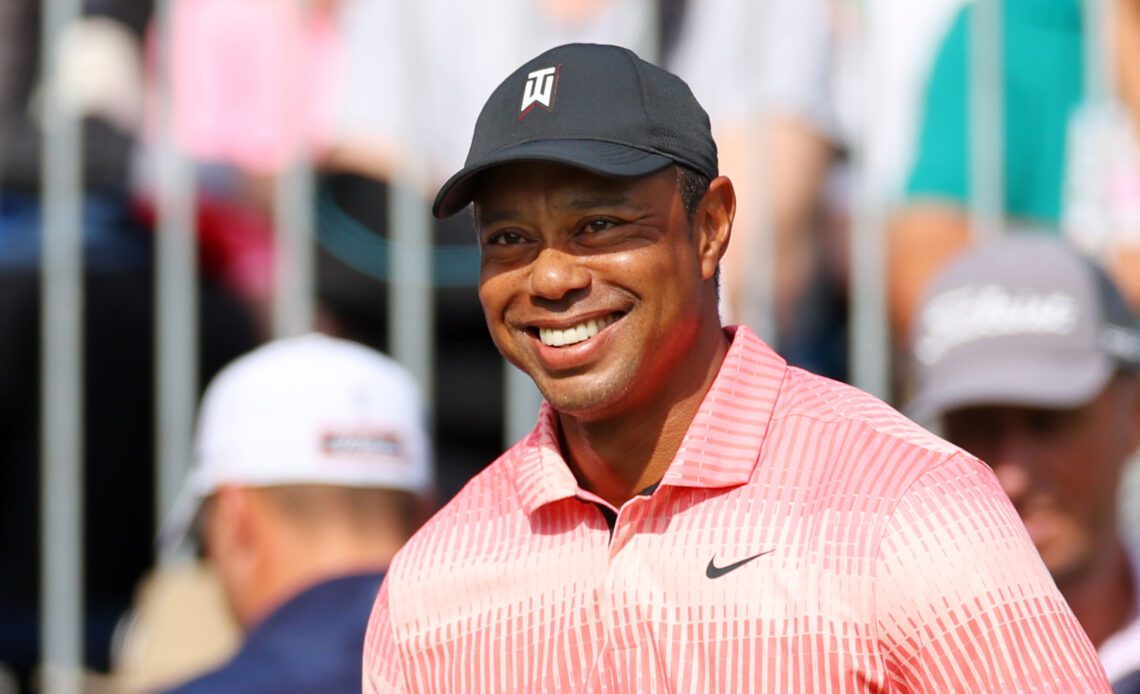 Tiger Woods’ golfing achievements since winning his first Major at the 1997 Masters may have made the American one of the finest sports stars to ever walk the planet, however he may well have peaked when he was just 11.

Woods was taking part in a Q&A with young golfers at the Tiger Woods Foundation Junior Invitational where the American claimed that his life arguably peaked when he was 11 as due to his success, his mom made him donate his trophies to charity.

“When I was 11 years old my life peaked. I got straight A’s. I got outstanding for effort and participation. I never got posted or in trouble during recess. I won 36 tournaments that summer. I went 36-0.

“And I think I had the cutest girlfriend. So yes, life peaked at 11.”

Although Woods is about to turn 47 next week, he doesn’t appear to be slowing down just yet.

The 82-time PGA Tour winner teamed up with Rory McIlroy in the Match earlier this month where the pair were defeated by Jordan Spieth and Justin Thomas, however there was plenty of praise for the 46-year-old’s performance.

Padraig Harrington expressed his thoughts on Woods after watching him in the Match and feels he could add to his tally of 15 Majors if he remains interested. “I think he’ll win another Major,” Harrington claimed. “The way I looked at him, I genuinely think he will be in contention. And as I said, I’m sure he wishes every tournament he could play, if it’s like a Major, he’s going to have a chance.”

He teamed up with son Charlie at the PNC Championship last week, finishing in a tie for eighth, however the signs are looking good ahead of 2023 – although it wont be a patch on 1986!