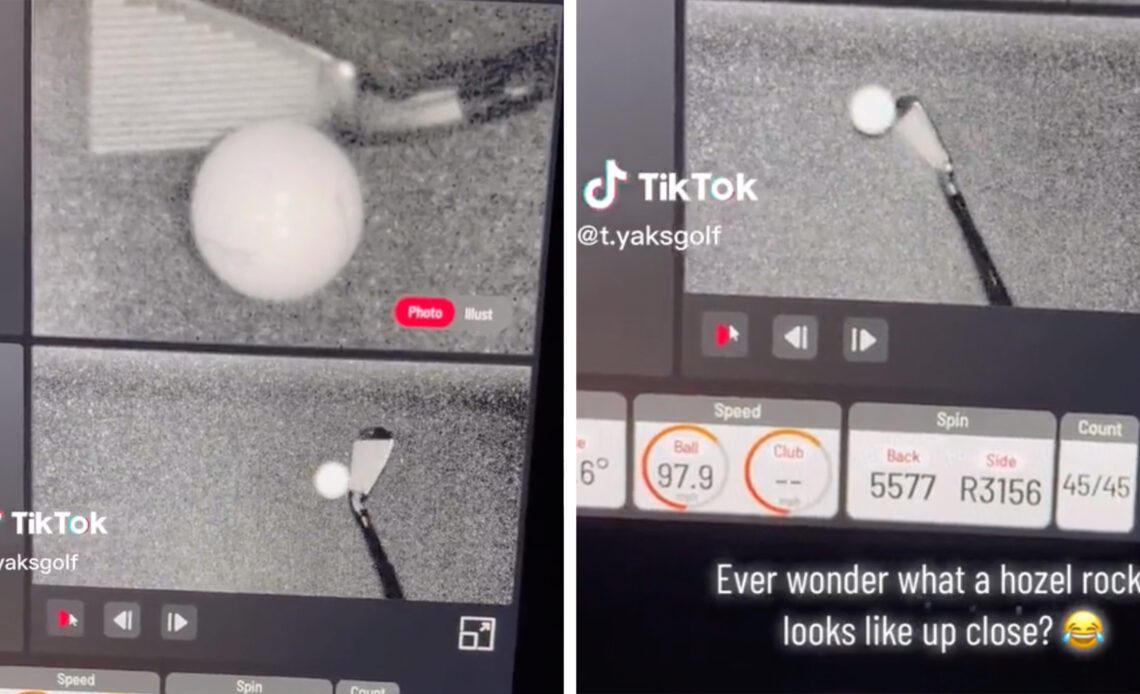 A shank is one of golf’s ugliest, and most horrific, shots and the mere mention of the word can send shivers down every golfer’s spine.

Golfers got a slow-motion look at what the soul-destroying shot actually looks like up close and the footage is terrifying, with the ball coming directly out of the hosel before the club whips over quickly.

The viral TikTok video was re-posted on Twitter where it has been watched around 140,000 times in just two days.

Have a look for yourself if you are brave enough:

The Legends Tour Twitter page quote tweeted the video and said: “We have all been there,” while another user said that “this is what nightmares are made of”.

Shanks can happen to everyone, even the world’s best golfers. Justin Thomas won the PGA Championship earlier this year following a playoff victory over Will Zalatoris, however, he hit a shank on the par-3 6th hole during the final round on Sunday.

His iron shot travelled just 108 yards into trees on the right, yet he managed to save a crucial bogey by holing a 19ft putt and the American described it as “best bogey I’ve ever made in my life” before going on to win his second Major in dramatic circumstances.

Mackenzie Hughes was another professional victim to the dreaded shank at the Masters this year, experiencing the worst feeling in golf at arguably one of the most revered courses in the world on the biggest stage of them all.

The Canadian laid up on the par-5 15th hole during his first round and he faced a short shot into the green that slopes from back to front. He hit his shot straight to the right and towards the crowd before bouncing out next to the greenside bunker.

It would happen to Hughes again at the Canadian Open – his home event – just a few months later. After driving his ball into the thick rough on the par-4 4th hole, he then toe shanked his ball to the right before making a double-bogey six. Ouch.

Want to get rid of the unmentionables yourself? Check out our best tips on how to stop shanking golf shots.