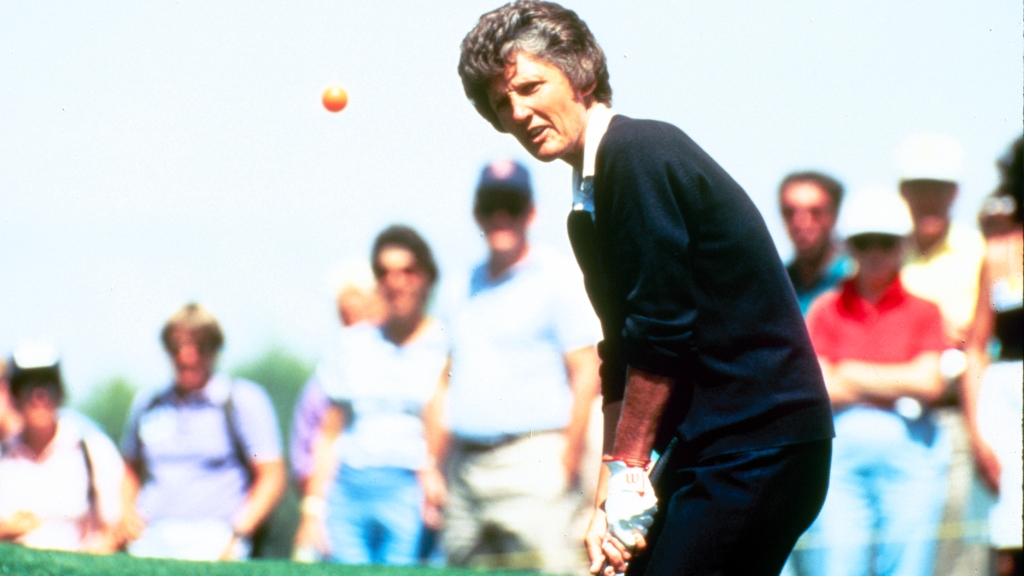 Kathy Whitworth, the winningest player in professional golf history, died suddenly on Christmas Eve with family and friends. She was 83.

“Kathy left this world the way she lived her life, loving, laughing and creating memories,” said Bettye Odle, long-time partner of Whitworth, in an LPGA release.

Rhonda Glenn, author of “The Illustrated History of Women’s Golf,” wrote that Whitworth’s strength was her determination and inability to quit. She wanted to be the greatest player in the world and wasn’t afraid to admit it.

Born in Monahans, Texas, and raised in Jal, New Mexico, near the Texas border, Whitworth’s family owned a hardware store and her father, Morris, was elected mayor three times. She took up golf at age 15 when the friends she played tennis with wanted to give it a try.

“I don’t remember playing tennis again,” Whitworth told Golfweek some years ago. “Once I started playing golf, I kind of put myself on a diet – mother always wanted me on a diet – but I would go out and practice so I wouldn’t be by the refrigerator.”

She quickly developed an appetite for winning, joining the LPGA at age 19.

Whitworth won 88 titles on the LPGA, six more than Mickey Wright, Sam Snead and Tiger Woods. When Annika Sorenstam announced her retirement in 2008, Whitworth’s phone lit up. Her LPGA record of 88 victories was safe; Annika wasn’t interested in chasing.

Whitworth wasn’t exactly relieved by the news that her record will stand for quite some time. She didn’t aim to set the standard for professional golf, nor did she covet the achievement.

“(While playing) I wasn’t aware there was a record of tournament wins,” Whitworth told Golfweek. “Didn’t know how many tournaments Sam (Snead) had or Mickey (Wright) had. I feel like Mickey would’ve won 100 if she hadn’t quit.”

We are very sorry to hear about the sudden passing of Kathy. As the LPGA‘s all-time wins, leader, and a total class act, she will be dearly missed. Our thoughts and prayers are with her family and close friends. Thanks for setting the bar so high, Kathy. RIP pic.twitter.com/WNpZVLl67y

Whitworth reached her 88th victory in 1985 at the United Virginia Bank Classic but didn’t officially retire until 20 years later.

At a celebration for her 80th birthday, Whitworth noted that records are meant to be broken, and she enjoyed the fact that Woods’ victory at the 2019 Masters reignited the…