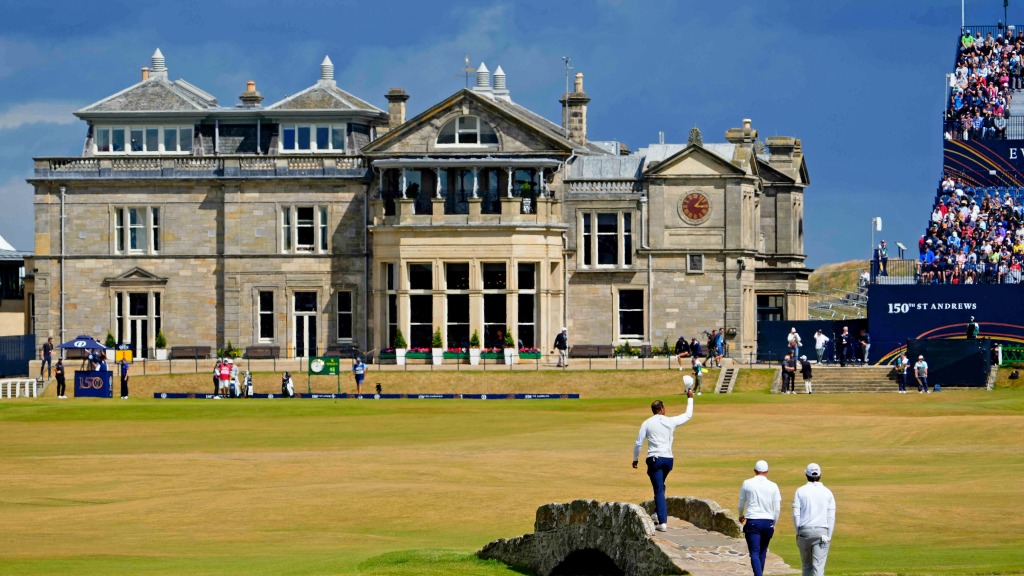 For good reason, the moment of the year in golf drew several nominations at the Golfweek editorial summit earlier this month. But once Tiger Woods crossing the Swilcan Burn Bridge was proposed the debate was over. It’s tough on some of these year-end awards to reach consensus, but there was unanimity as everyone nodded in agreement and we quickly moved on to the next category. Such was the goosebumps-on-goosebumps moment that was Tiger Woods potentially saying farewell to his competitive days at the Old Course at St. Andrews in the 150th British Open.

All that was missing from this moment was it happened on Friday afternoon with Woods missing the cut badly rather than being feted on Sunday. Woods, who won three Claret Jugs among his 15 major championship victories and two of them at St. Andrews, in 2000 and 2005, skipped the U.S. Open in order to allow his surgically repaired right leg and the rest of his ailing body to heal enough so he could even play. This was the one tournament Woods had circled on his calendar to play in 2022 and he wasn’t about to miss it.

And so it didn’t really matter that he was 9 over and destined to miss the cut by a long shot. Fans had arrived early that morning and assembled around the 18th hole. They waited for Woods to approach the famed Swilcan Bridge that leads players over the burn, which meanders across the first and 18th holes, and onto the 18th fairway.

Nothing but love for @TigerWoods ❤️ pic.twitter.com/7olNGiAb5G

Playing competitors Matt Fitzpatrick and Max Homa as well as Woods’ caddie Joe LaCava hovered behind as Woods approached the bridge alone, the stage set for the monumental moment. Here is where Arnold Palmer, Jack Nicklaus and Tom Watson before him took turns bidding adieu to the Old Grey Toon. Woods slowed his walk and lifted his white Nike cap in appreciation but never truly broke stride for the long ceremonial stop that many expected. Did that signal that Woods expected to have at least one more spin around the Old Course down the road? Not even he knows.

“I don’t know if I ever get back to playing St. Andrews in a British Open, but to be able to experience that maybe one last time at this level was very special to me,” he said afterward. “That was my favorite golf course in the whole world, and if that was it, that was it, to be able to possibly finish up my career there, I don’t know. That’s one of the reasons why I was kind of…