Lydia Ko, Lexi Thompson and more we want to see in 2023 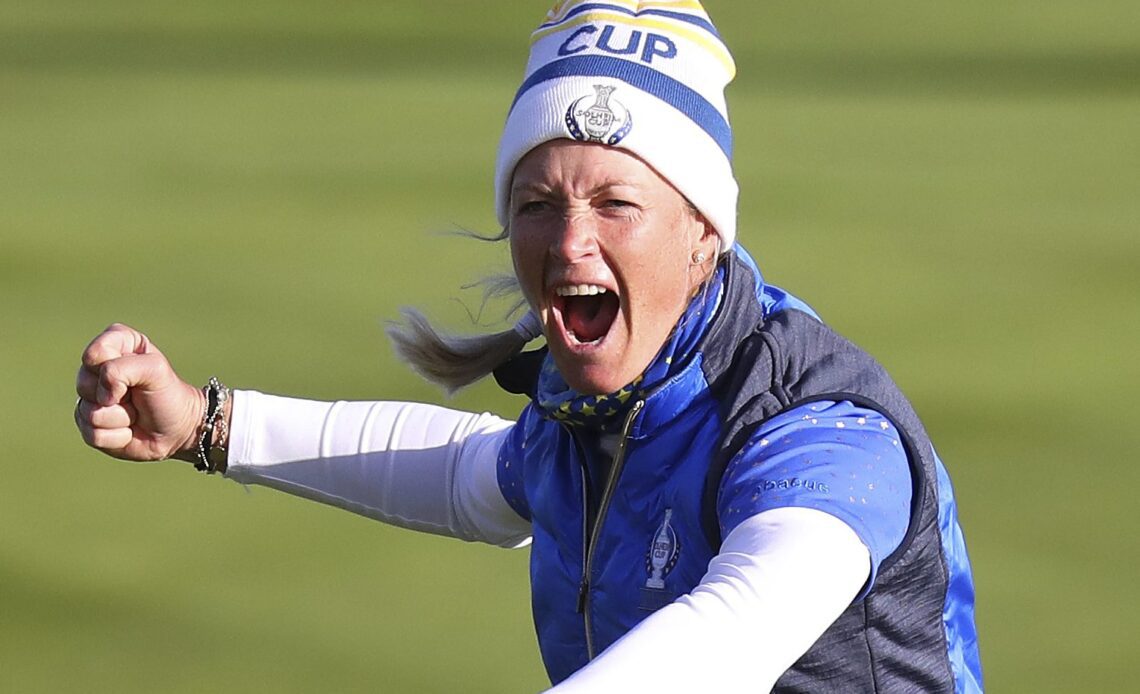 Suzann Pettersen of Europe celebrates after holing a putt on the 18th green to win the Solheim cup against the US at Gleneagles, Auchterarder, Scotland, Sunday, Sept. 15, 2019. (AP Photo/Peter Morrison)

Given the number of new faces we might see on both sides in 2023 at Finca Cortesin in Andalucia, Spain, it’s possible that the Americans might actually go into the Solheim Cup as, dare we say it, underdogs.

Presently, there are seven European players in the top 30 of the Rolex Rankings and six Americans. Team Europe has won four of the last six contests. Add in the advantage of home soil, a feisty Suzann Pettersen at the helm and the new dynamite, best-friend pairing of Sweden’s Linn Grant and Maja Stark, and this could be the best Europe has ever looked on paper.