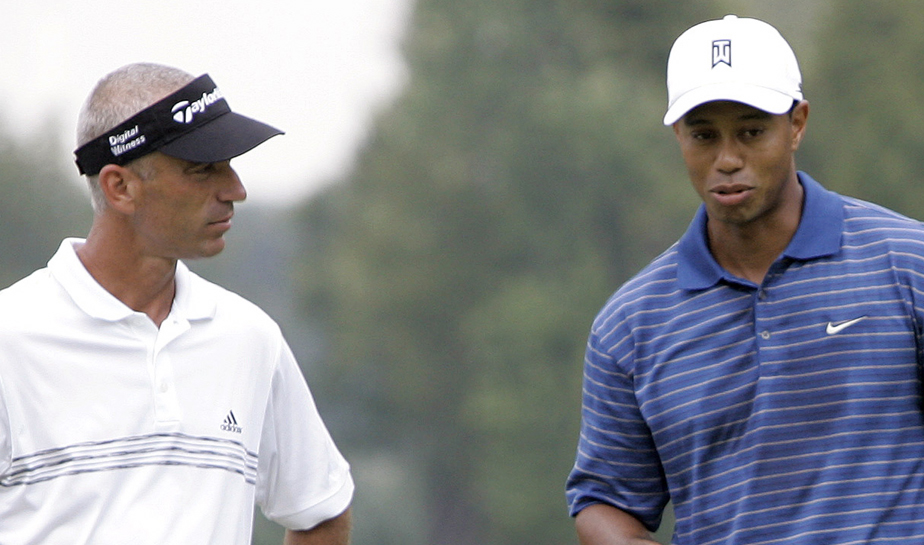 Most wins in PGA Tour history? That’d be 82, and Tiger Woods is tied with Sam Snead atop that list.

Most money? That’s also a mark held by Mr. Woods, as he has won nearly $121 million in on-course earnings since turning pro.

Majors? Woods has 15, three shy of the all-time mark held by Jack Nicklaus. He may never catch him, but Tiger’s place in major history is secure.

Most weeks ranked No. 1 in Official World Golf Ranking? Woods blows the field away there with 683 weeks (Greg Norman is next with 331).

The list of his accomplishments takes a while to pore over, but when one scans the PGA Tour record book, some items of note stand out.

Here’s a closer look at some of the (perhaps surprising) things Woods hasn’t done in his pro golf career.

Corey Pavin and Tiger Woods at the 2006 WGC-Bridgestone Invitational.

The lowest nine-hole scoring mark on the PGA Tour is held by Corey Pavin, who had a front-nine, 8-under 26 at the 2006 U.S. Bank Championship at Brown Deer Park Golf Club in Milwaukee.

Woods is also not among the 11 golfers who have shot a 59, nor does he have one of the 48 60s. Woods’ lowest score on the PGA Tour is a 61, which he accomplished four times: 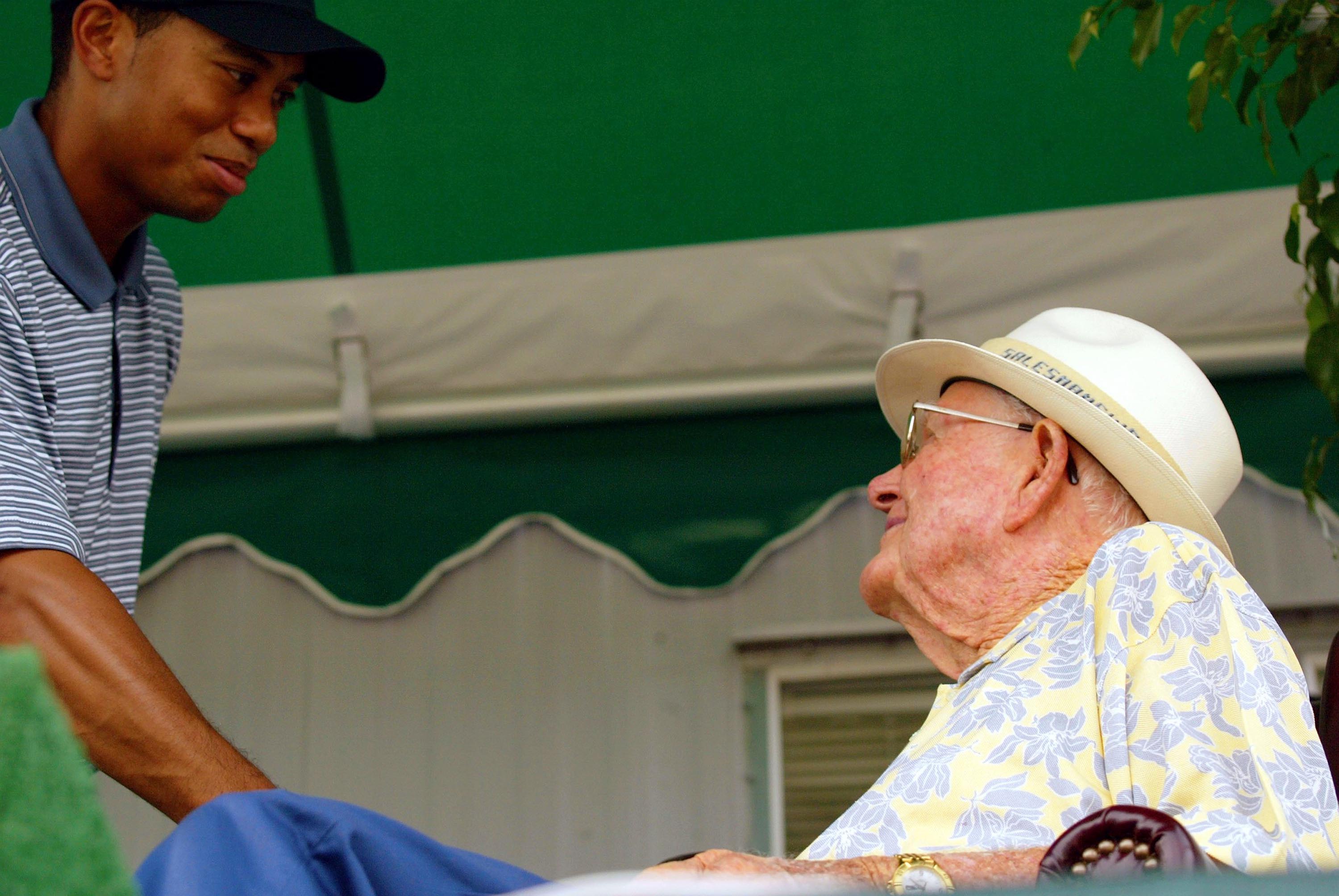 Tiger Woods shakes hands with Byron Nelson during the first round of the 2044 Byron Nelson Championship at the TPC Las Colinas in Irving, Texas. (Photo: Ronald Martinez/Getty Images)

But the all-time mark for most wins in a season may never be broken. In 1945, Byron Nelson won 18 times, including a stretch of 11 in a row. Tiger’s longest winning streak is seven. 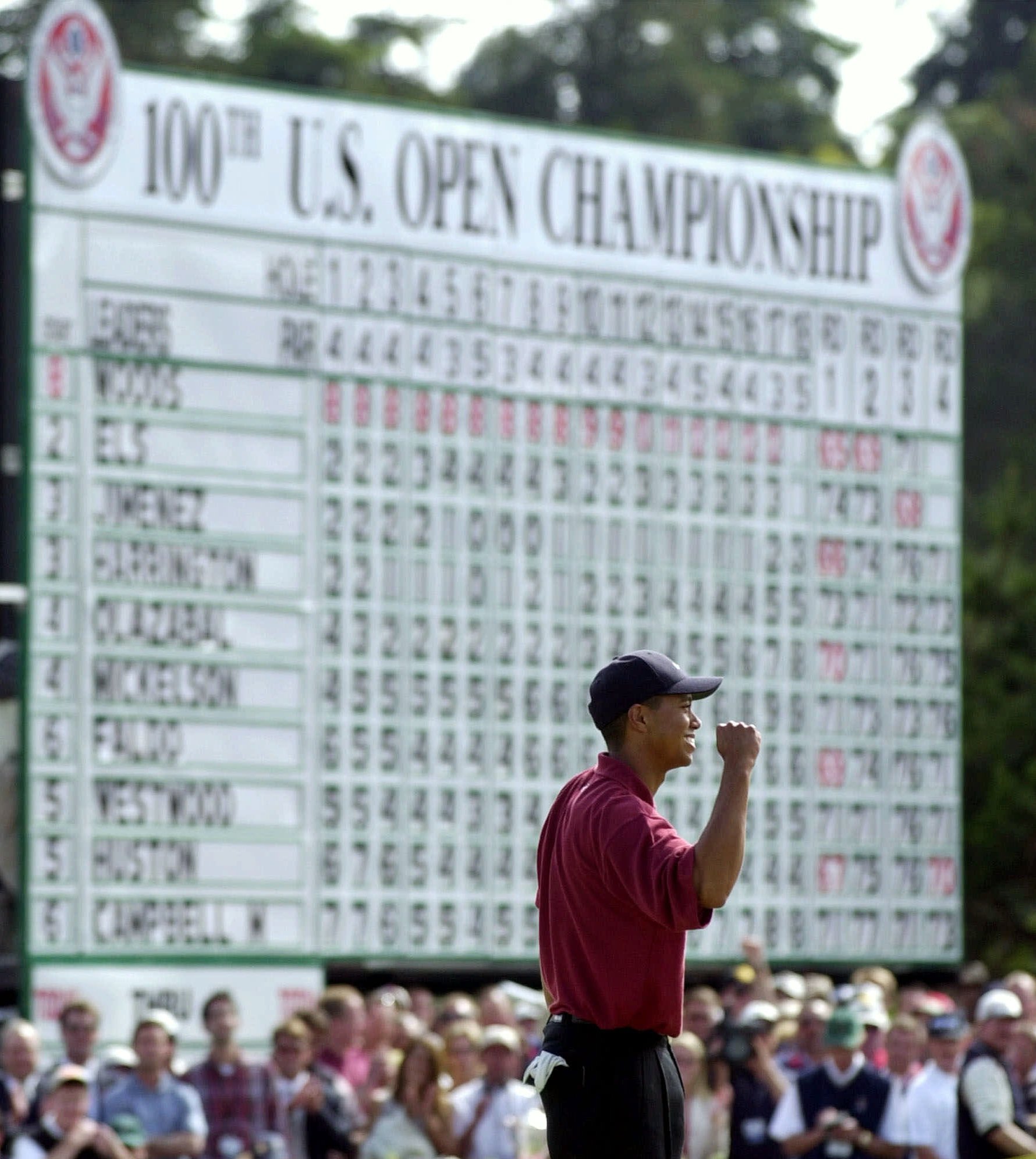 Woods famously won the 2000 U.S. at Pebble Beach by a whopping 15 shots. He finished 12 under, the only golfer to break par, en route to routing the field on the Monterey Peninsula.