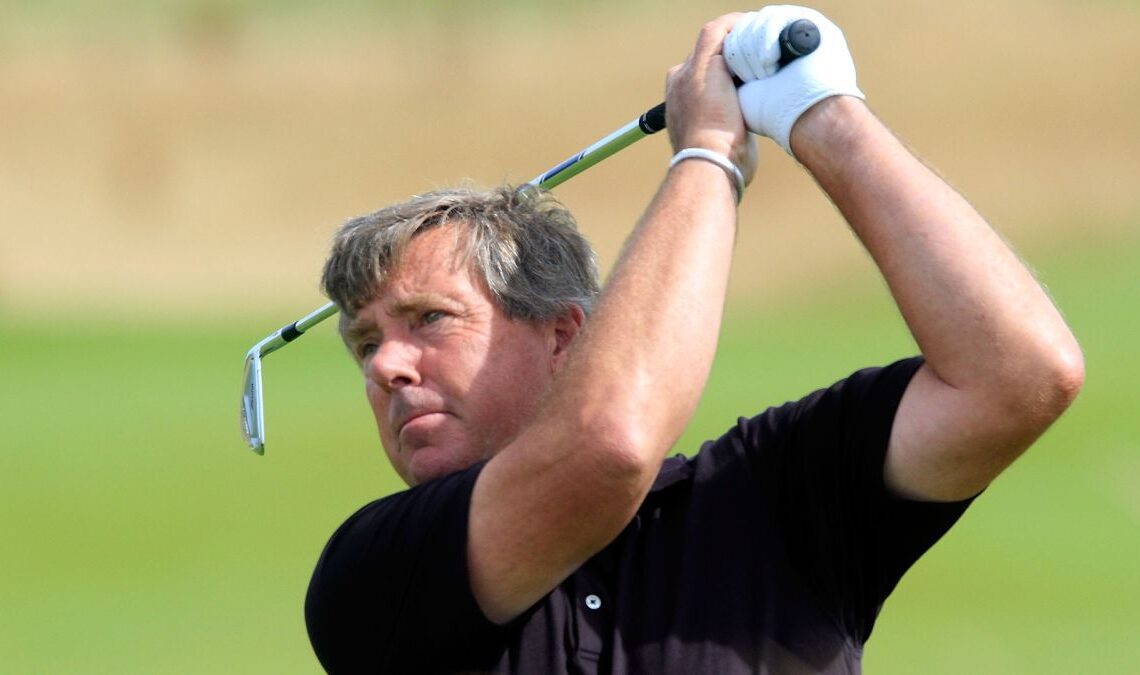 If you wanted a snapshot of both Barry Lane’s modesty and god-given talent then this is it.

Lane would represent Europe at the 1993 Ryder Cup, play in 23 Majors and win 20 times around the world. One of those wins would come at Crans, the year that Seve Ballesteros played that wonder shot from behind the wall at the 18th before then chipping in but it was Lane who finished on top that week.

Throughout his phenomenal career, he was universally loved and respected by his peers. A few weeks ago he was in Mauritius to present the renamed Barry Lane Rookie of the Year trophy to Brazil’s Adilson Da Silva and also say a final and highly emotional farewell to his peers.

On New Year’s Day Lane died at the age of just 62 after a short illness.

Lane first played on the European Tour in 1982, six years after turning pro. There would be failed attempts at Q School and a handful of tour starts before he finally secured his privileges for the 1986 season, a card he would keep for the next 26 seasons. He would play in 693 tournaments, the fourth most of all time behind Sam Torrance, David Howell and Miguel Angel Jimenez, and there would be five victories.

Scotland’s Andrew Oldcorn was born a few months before Lane and their careers would follow similar paths.

“We turned pro virtually at the same time, he was a club pro and spent a little bit of time at The Downshire GC in Berkshire and we joined the European Tour at almost exactly the same time and we then joined the Legends Tour a few months apart in 2010.

“He was an incredibly talented player with this wonderful swing. All the way through his career he had this beautifully controlled fade, he was a hell of a player and very underrated but not by his peers. We knew how good he was. He was one of those players, like Howard Clark, whose ball striking was totally different to the rest of us. When the ball struck the clubhead it made a different noise to the rest of us and that’s something that you just can’t teach.

“He had no airs nor graces and he was so down to earth and such a nice guy. He would help the new guys all the time and was very friendly to players with no tour background, like Dave Shacklady and Paul Streeter, and they found that enormously helpful.”

Shacklady also turned pro in the 80s but came from a very different background to Lane, playing in regional PGA events…