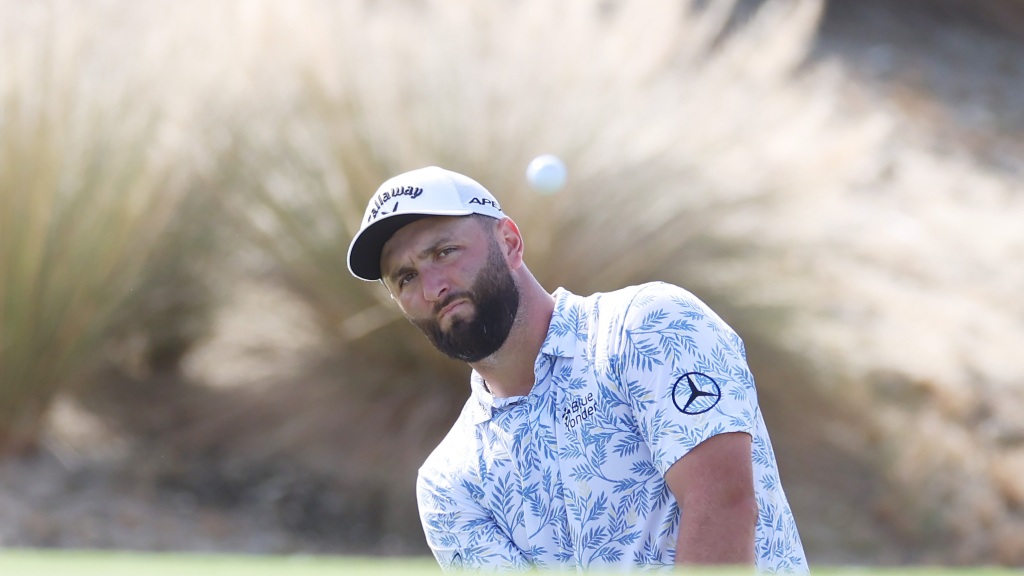 Each year Jon Rahm sets some ambitious goals for the upcoming season, and a second major championship is at the top of his lofty list of things to accomplish in 2023.

One of Rahm’s best chances may come at the Masters, where he’s finished inside the top 10 in four of his six appearances, and the 2021 U.S Open champion can’t help but think of Augusta National as he looks to the year ahead.

“One thing I keep going back to, and it’s probably only funny to me, but I think the Masters Champions Dinner’s going to be a little tense compared to how it’s been in the past,” said Rahm with a laugh during his press conference ahead of the 2023 Sentry Tournament of Champions. “So I keep thinking about it because I wish I could be there and just be able to see how things work out. Too bad the U.S. Open doesn’t have one of those.”

Rahm and the rest of the players are curious how the year will play out after LIV Golf stormed onto the scene in 2022. The upstart circuit led by Greg Norman and backed by Saudi Arabia’s Public Investment Fund took some of the Tour’s best players and characters in its debut season, and Rahm thinks there’s more to come.

“Yeah, I mean, I think we all know where we stand. There’s still going to be players that choose to transition to LIV is my guess,” said Rahm. “But for a lot of us, I think we see the direction the PGA Tour is going towards, right? I mean, they’re making the necessary changes to adapt to the new age and I think it’s better for everybody.”

One of those adaptations is this week’s event in Hawaii. The Sentry Tournament of Champions is the first of the Tour’s newly-announced “elevated events” that feature smaller fields and larger payouts. This week’s field at Kapalua features 39 players playing for $15 million. Normally a tournament reserved for winners from the previous year, starting this year the TOC field also includes those who qualified for the previous season’s Tour Championship.

“I mean, it’s a very, very, very extensive bonus to be able to – exactly, only have to beat 38 players compared to any other event, right? And it’s earned by having an amazing year,” said Rahm. “I think it’s great that they’re allowing the people that make it to the Tour Championship to be here as well. Maybe change the name of the tournament since they haven’t won a tournament. But I don’t think the name matters too much. I think it’s right to have the best players of…