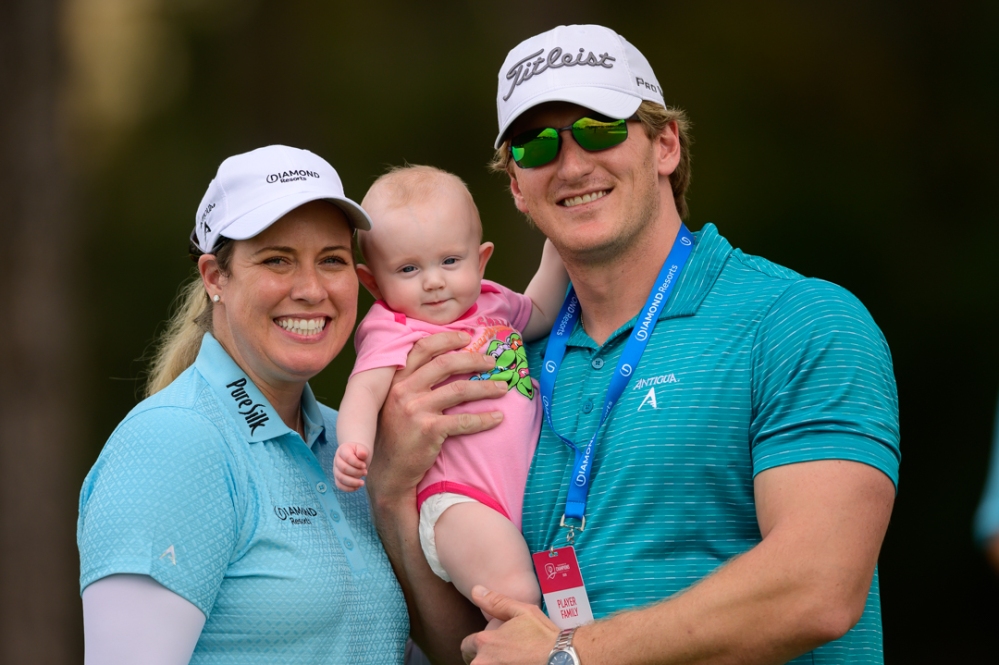 It wasn’t long after Sophia Popov made the decision to take a medical leave for the rest of 2022 to heal her right shoulder that she learned an even longer break was now required as she and husband Maximilian Mehles are expecting their first child in June.

“Both of us are over the moon,” said Popov, who is staying with family in Germany and Austria through the end of the month. Mehles, a former Kentucky golfer who was on the bag when Popov won at Royal Troon, recently took a job in accounting.

Popov, 30, had an MRI done while at the AIG Women’s British Open last August and was diagnosed with supraspinatus tendinopathy, which is associated with impingement syndrome. She played one more time at the CP Women’s Open in late August before ultimately deciding that she needed time to heal. She immediately felt that a tremendous weight had been lifted.

“All the stress was flowing out of my body,” said Popov, who found out in October that she was pregnant.

Diagnosed with polycystic ovary syndrome (PCOS) and endometriosis as a young woman, Popov said doctors have frequently told her over the years not to wait too long to have children. Both conditions can impact fertility.

Seeing the recent success of moms like Stacy Lewis, who won after giving birth to daughter Chesnee, has bolstered Popov’s resolve to return to the tour, in 2024 at the latest. She can see herself playing some test events toward the end of 2023, possibly on the Ladies European Tour or Epson Tour.

The 2020 AIG Women’s British Open champion said she doesn’t want to return to the game until she’s fit and ready to go, noting that what traveling moms do on the road is “super underrated.”

Popov already knows that coming back to the LPGA as a mom will give her a whole new perspective on the game.

“We’re lucky enough in our sport to be able to do that,” said Popov. “Golfers often peak in their 30s or early 40s sometimes. It’s great also for your kid to see that that’s a possibility. You can be a high-performance athlete and do something at a high level, while traveling with your kid and showing them the world a little.”