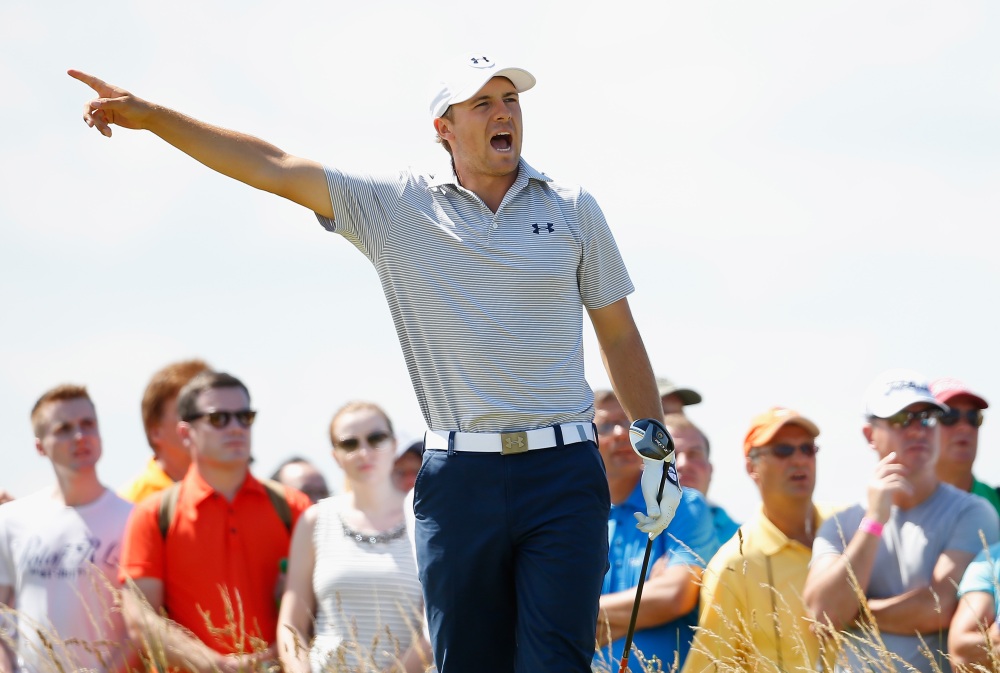 Soft breezes and picturesque views make Kapalua the perfect venue to kick off the PGA Tour season, as the top players in the world look to get back in the swing of things at the Sentry Tournament of Champions.

But gamblers? They’re always in midseason form, as was evidenced by an exchange Jordan Spieth had with a pair of fans off the back of the 12th green during Thursday’s opening round.

Spieth was visibly angry with himself after leaving a short approach on the 432-yard par 4 well shy of the stick, and, as he often does, he mused aloud that he’d given himself a difficult two-putt for par.

As soon as Spieth hit his first putt from just inside 54 feet away, he started following it, obviously unhappy with the line, which was well off. But the result was good, and he had less than three feet to save his four.

Spieth stood for a second over the par putt, and calmly drilled it, to remain at 4 under at the time.

But clearly, the University of Texas grad could hear some bystanders wagering on whether he would make his putt.

As soon as he sank it, he walked to the back of the green and told the pair that he overheard what they were up to.

“I appreciate the exchange of money and I’d be doing the same thing, but I could just hear you guys gambling, right off the back of the green,” Spieth said.

He smiled, gave each of the two a fist bump and walked on his way.

In pictures: The many emotions of Jordan Spieth