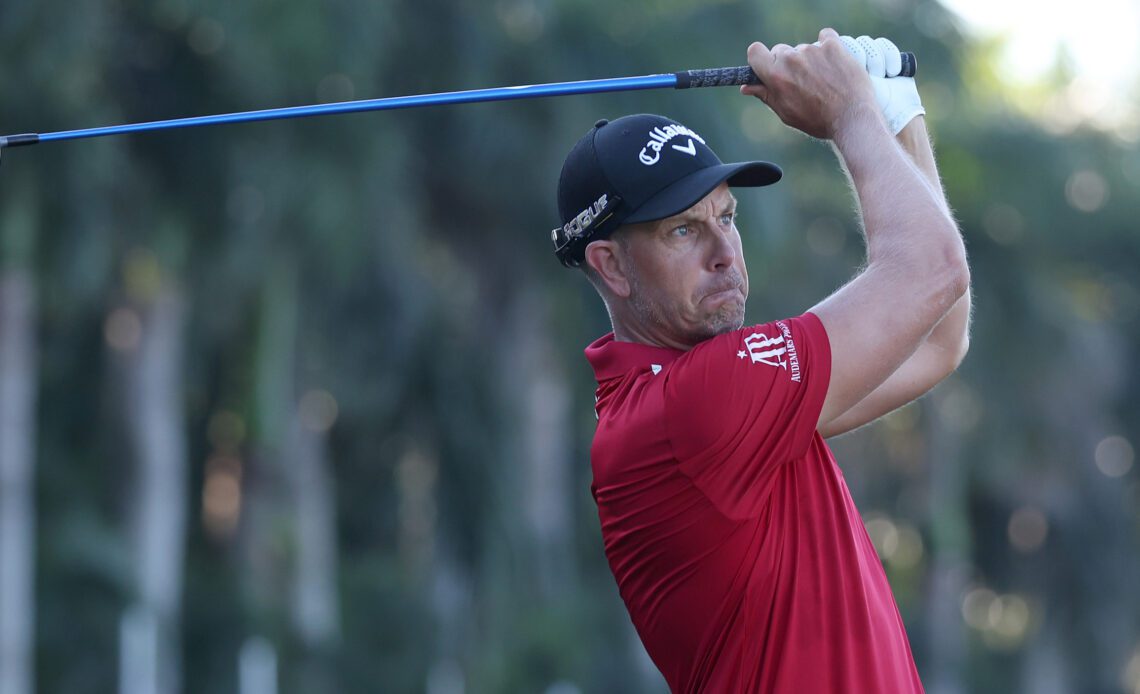 Henrik Stenson is set to make his DP World Tour return later this month at the Abu Dhabi HSBC Championship, his first appearance on the tour since being ousted at Europe’s Ryder Cup captain.

The Swede is set to be joined by fellow LIV Golf rebels, and all three Majesticks GC teammates, Ian Poulter, Lee Westwood and Sam Horsfield at Yas Links. Other LIV players who have committed to the event include Patrick Reed and Bernd Wiesberger.

LIV Golf players who are eligible for the DP World Tour can still play on the European-based circuit for the time being, with a court case set for next month to decide the fate of whether LIV rebels can continue playing on the DP World Tour and, crucially, continue to earn points to qualify for the Ryder Cup.

Stenson, an 11-time winner on the former European Tour, hasn’t played on the DP World Tour since July’s Scottish Open, which came two weeks before he was announced as a LIV player following the 150th Open at St Andrews.

Since then, Stenson has seen his world ranking tumble from 165th to 197th, with the Swede ineligible for any of the Majors apart from The Open, which he won in spectacular fashion in 2016 at Royal Troon.

He won on his LIV Golf debut at Trump National Bedminster, where he joked that he “played like a captain.”

“Ryder Cup Europe today confirms that Henrik Stenson’s tenure as Captain of Team Europe for the 2023 Ryder Cup at Marco Simone Golf and Country Club in Rome, Italy, has been brought to an end with immediate effect,” the DP World Tour announced in July.

“In light of decisions made by Henrik in relation to his personal circumstances, it has become clear that he will not be able to fulfil certain contractual obligations to Ryder Cup Europe that he had committed to prior to his announcement as Captain on Tuesday March 15, 2022, and it is therefore not possible for him to continue in the role of Captain.”

Stenson will be joined in Abu Dhabi by Europe’s new captain Luke Donald, who was appointed as his replacement on the 1st August. Prior to his appointment, the Englishman appeared to make a dig at Henrik Stenson.

“If I got this captaincy I would live up to my word and see it through,” he said. “Let me put it that way. I wouldn’t be doing a Henrik.”

Following the Abu Dhabi HSBC Championship, Stenson and a number of other LIV Golf players may choose to tee it up in the Saudi International – the Asian Tour’s flagship event. World No.3 Cameron Smith has already committed to the event along with defending…