Can I Play Golf In Trainers? 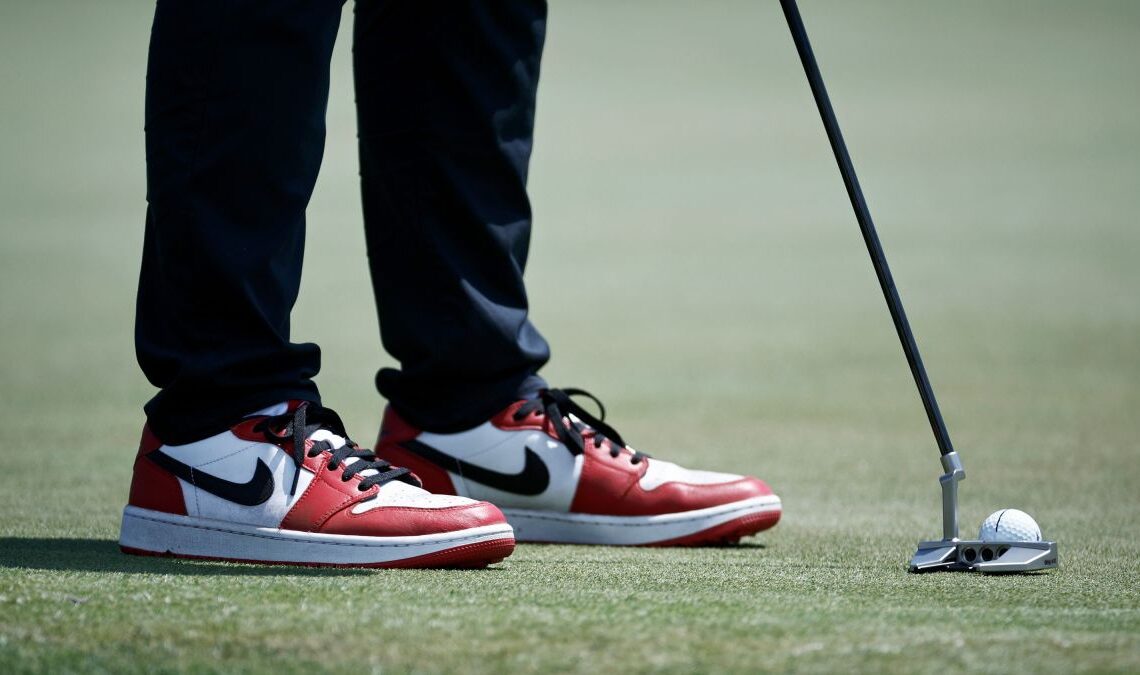 Among those who don’t play the game, golf still has an unfair reputation for stuffiness and unnecessary authoritarianism. Back in the second half of the 20th Century, many clubs in this country were run by the type of chap who boasted an impressive moustache, had once been the proud owner of a swagger stick and had led a division at El Alamein. They hadn’t got to where they were by tolerating sloppy dressing, I can tell you.

50-years ago, the sight of trainers in a golf club was a very rare one indeed and recorded instances between 1950 and 1980 induced an average of two heart-attacks and 1.6 cases of severe choking on bread and butter pudding.

Some clubs might give advice along the lines that “suitable footwear is recommended.” Golf requires decent grip, particularly in wetter conditions, and many courses feature slopes that would be difficult to play from if you were wearing shoes that didn’t offer reasonable traction.

Many modern golf shoes are styled on trainers to deliver sporty, lightweight comfort. But they’ll have more substantial soles with better grip – either cleats or a spikeless design offering multiple points of contact with the ground. Those lightweight, trainer-style golf shoes are far more suitable for playing golf in than a standard pair or street or running trainers, as they have been designed for purpose.

Some golfers with foot problems, or another injury, may find playing in wider-fitting trainers more comfortable and that’s no problem at all, but those people will be conscious to find a pair that offers excellent grip.

Can you play golf in trainers? Of course you can. The best option would be a pair of the aforementioned “golf trainers.” But if you’re only an occasional player or even just trying the game for the first time, a pair of sturdy running or athletic trainers with good grip would do the job.

If you keep playing though, you’ll likely want to make a progression on to a golf-specific shoe. They are designed with the golfing action in mind and will give you…