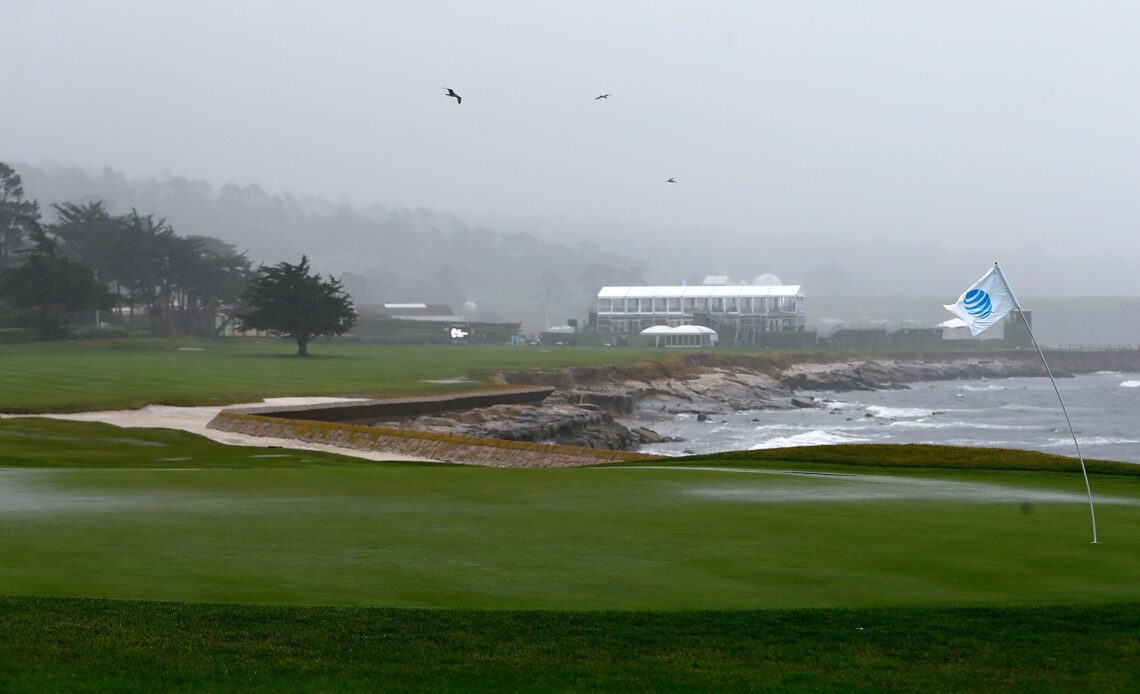 Videos have revealed that storms and heavy rain in North California have caused some devastating damage to golf courses along the famed Monterey Peninsula.

A hotbed of golfing beauty with courses that fill many golfer’s bucket list, the area can boast the likes of famed tracks such as Pebble Beach Golf Links, Spyglass Hill, Monterey Peninsula and Cypress Point.

Many of these have breath taking Pacific Ocean views with holes hugging the coastline, but these iconic holes and courses have been battered by the elements, causing some monumental damage in some cases.

Worst hit of all seems to have been Monterey Peninsula Country Club, which holds two courses – the Dunes and the Shore – with social media clips showing the Dunes Course being battered where it runs alongside the ocean.

The storms have been so bad that California Governor Gavin Newsome has declared a state of emergency, and there are even evacuations issued in parts of Monterey County and other areas, so damage to golf courses is obviously secondary to human suffering.

On the golf course damage though, no clear updates have been issued as to the extent of the problems and more storms are forecast in the coming days, so matters could get even worse.

What is of particular concern to the PGA Tour would be any damage to the Monterey Peninsula’s Shore Course, Pebble Beach and Spyglass Hill, as those three tracks are the host venues for the AT&T Pebble Beach Pro-Am at the start of February.

Pebble Beach is also scheduled to stage the next US Women’s Open in July, so that will need to be in tip-top shape to host that Major.