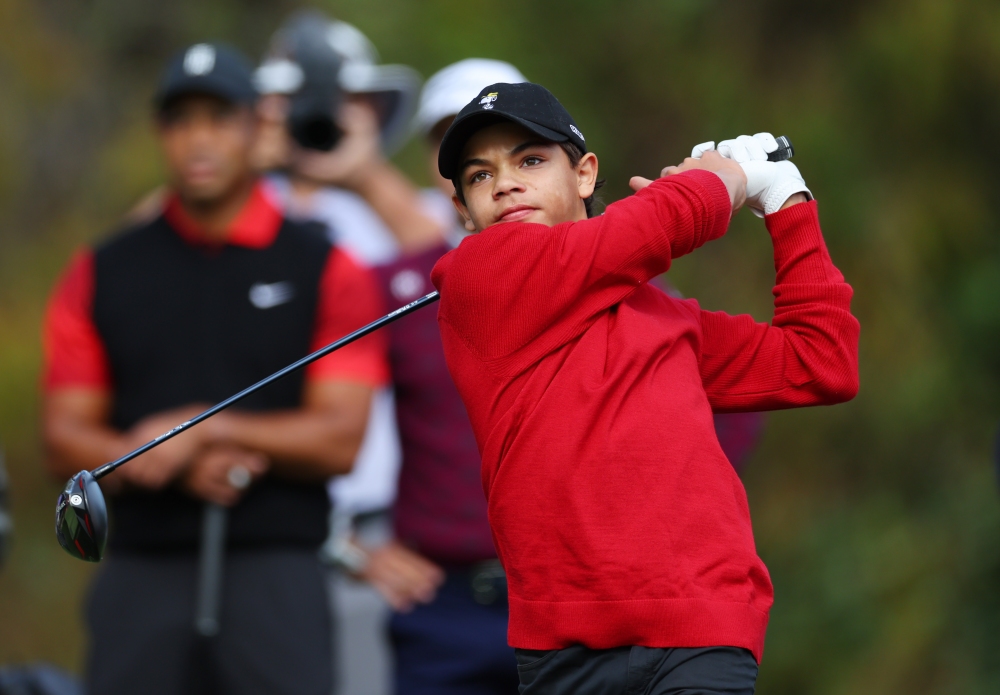 When PGA Tour Commissioner Jay Monahan announced in August that the PGA Tour would institute 13 designated events with elevated purses between $15 million and $25 million this season, he pointed out that the top players would commit to play in them and would be allowed to skip only one of the events. It would be a requirement for top players to earn their bonus money in the Player Impact Program.

But what does that mean for two-time PIP champion Tiger Woods? Woods banked $15 million for ranking first in the PIP standings despite playing only nine official rounds last year. As he’s pointed out numerous times in the past few years, most recently at the Hero World Challenge and again at the PNC Championship in December, Woods is unlikely to play even a handful of the designated events. During a media roundtable on Sunday at the Sentry Tournament of Champions, Monahan was asked how Tiger’s limited schedule would impact his bonus money.

“Tiger isn’t going to get a decrease,” Monahan said. “I think it’s hard for me to say what’s going to happen until it actually happens, OK? But I don’t see that happening.”

Monahan’s response begged the question, what happens if other top players elect to skip more than one event? Given that Rory McIlroy passed on the first designated event here in Maui, a writer asked what happens if McIlroy skipped another event this year.

“Again, I think when that happens you would go…” Monahan said before being interrupted.

“Do you have a policy outlined already?” someone blurted out.

“Guys are going to play the events. So that’s the policy,” Monahan responded. “I have discretion, OK? This is something we haven’t done before. So ultimately, if that happens, then that’s, going back to your earlier question, at the end of the day I’ll work with our team, I’ll understand the situation, and we’ll make a decision.”

In other words, the Tour is making up the rules as it goes along and all we know for sure is Tiger can play as much or as little as he wants and he won’t be docked a percentage of his bonus money. If anyone has a problem with that, take it up with the Commish.