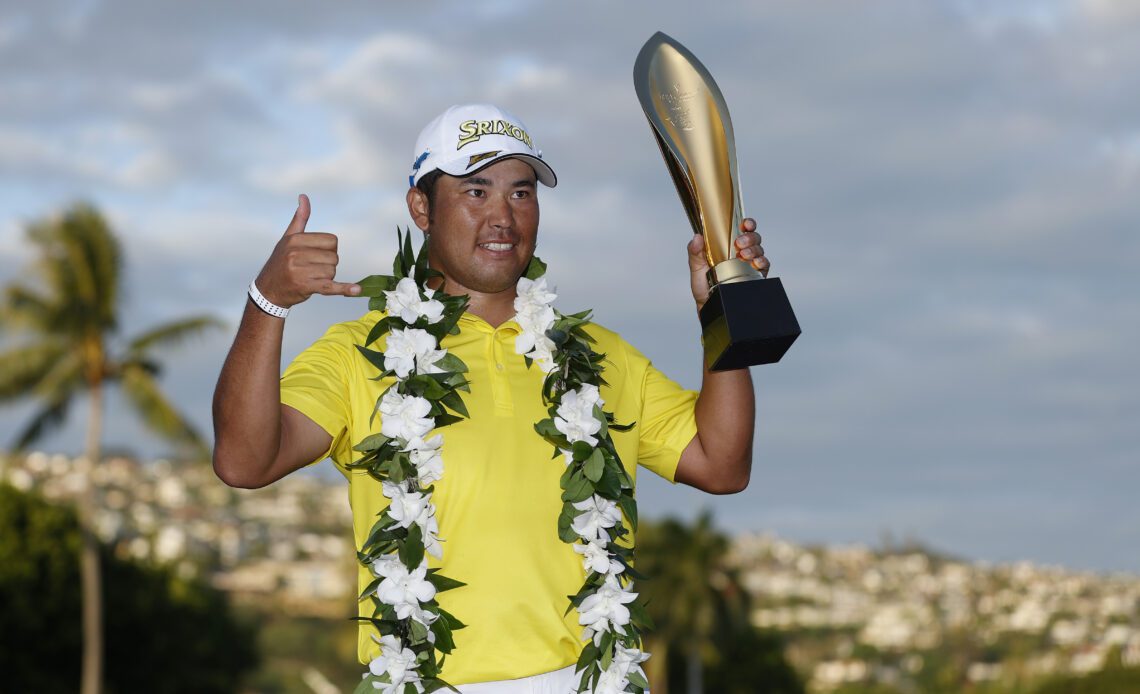 After last week’s dramatic victory for Jon Rahm at the Sentry Tournament of Champions, the second PGA Tour event of the calendar year, the Sony Open, remains in Hawaii at the Waialae Country Club.

In 2022, it was the scene of Hideki Matsuyama’s win, which included a shot of the year contender in the playoff against 2013 winner Russell Henley – a 276-yard three-wood that fell a foot short of the hole, to set him up for his eighth and, to date, most recent PGA Tour win.

The Japanese star returns this year in an effort to repeat the feat. To do so, he will need to overcome the challenges of several formidable opponents, most notably World No.14 Tom Kim and World No.15 Jordan Spieth. Kim is one of the game’s most exciting prospects, and that hype was justified again last week when he tied for fifth at the Plantation Course at Kapalua. That will have given him the confidence he could add to his two PGA Tour wins this week.

Former World No.1 Spieth may not have been quite the force of old in recent times. However, his most recent win, a thriller in last April’s RBC Heritage, served as a reminder that he can still be as good as anyone on his day. He will be attempting to draw on his 2017 performance in the Sony Open for inspiration, when he finished third.

While Matsuyama, Kim and Spieth are the highest-ranked players in the field, there are plenty of other notable participants, including several former winners. Among them is Matt Kuchar, who claimed victory in 2019, and Patton Kizzire, who won a year earlier. Jimmy Walker claimed back-to-back wins in 2014 and 2015, and he also plays, as does 2010 winner Ryan Palmer. The winner in 2009, Team USA Ryder Cup captain Zach Johnson, and 2008 champion KJ Choi appear too.

Spieth isn’t the only former World No.1 in the field. Australian Adam Scott, who reached the summit in 2014, is playing too. Scott recently reunited with former caddie Steve Williams, and he will hope the revived partnership yields a positive result this week after a disappointing finish of 29th at last week’s event. Other players of note include several who took part last week, including World No.18 Billy Horschel, World No.25 Keegan Bradley, World No.34 Corey Conners and Adam Svenson, who claimed his maiden PGA Tour title in the RSM Classic in November.