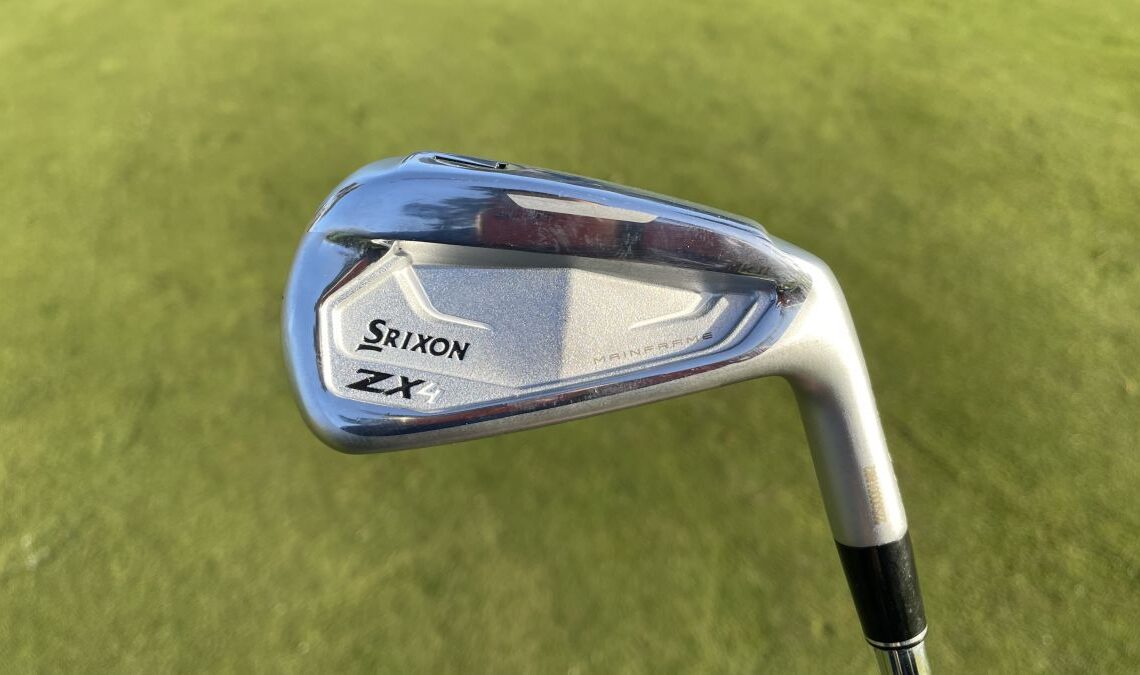 Few irons can claim as big a makeover, from a visual perspective at least, as the new Srixon ZX4 Mk II iron. Where the prior version was a true hybrid-iron with a chunky sole and bags of offset, the latest iteration bares very little resemblance but all the changes are certainly positive ones.

The Srixon ZX4 remains a hollow-headed construction but this is far less obvious on first inspection. It has the appearance of a cavity back iron, which fits in more neatly with the updated ZX5 and ZX7 irons in the Mk II line up. Behind the ball, it looks more compact with less offset and a thinner top line, appealing perhaps to the more competent golfer than the previous ZX4 iron, which was an iron for higher handicappers. The sole width has narrowed significantly too and the Tour V.T. Sole, the V-shaped camber that runs along the center line, has become much more pronounced.

Aesthetically, the appeal of this iron is now far broader but it is the performance that will really draw more golfers in. I tested the ZX4 Mk II irons indoors on the ForesightSports GCQuad launch monitor with Titleist Pro V1x golf balls and in truth, was blown away by the results. This iron feels fantastic. Energetic, solid, stable yet soft all at the same time, the impact experience was up there with any iron I’ve tested in the last few years. Srixon will say this is down to the new PureFrame design forged into the body of the iron that is said to reduce unwanted vibrations. It’s very hard to disagree.

The 7-iron comes in at 28.5° in loft, which is strong even by modern standards and yet the ZX4 does not in any way skimp on playability. With a peak height of 36 yards, it gets the ball up and away with consummate ease and with spin hovering around the 5,000 rpm mark, is able to generate more than competitive distance as well as ample stopping power. My average was 178 yards, which was impressive, but it wasn’t anywhere near as impressive as the dispersion.

To say I had the ZX4 on a string would be an understatement. Admittedly, I hit it in the middle of a lengthy iron testing session, so my swing was in the groove and I struck the shots very well. But this iron delivered a level of consistency to the performance you don’t often see from a game improvement iron. Of the five shots I hit, you could throw a pretty small blanket over four of them. I found the iron just as easy to connect cleanly with testing…