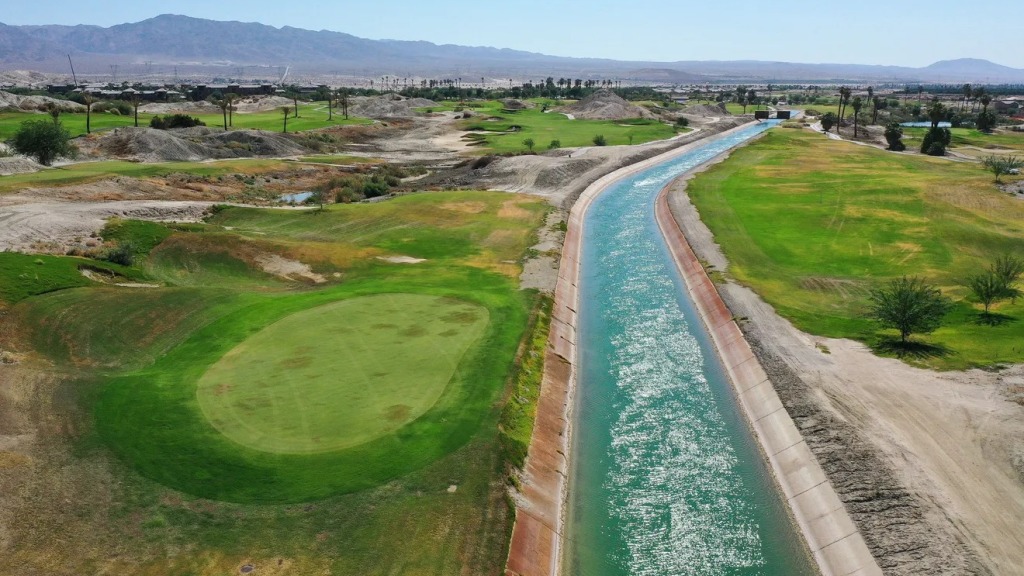 Even in the middle of a cool and wet winter in California in general, officials of the Coachella Valley Water District have a blunt message for the desert’s golf course industry: Take the ongoing drought seriously, because changes could be coming to water availability sooner rather than later.

“We wanted to give the picture as we know it today where the state of play is for our water resources,” said Dr. Robert Cheng, assistant general manager for CVWD and one of the main speakers at a golf and water summit that attracted more than 150 golf industry officials Wednesday at Mission Hills Country Club in Rancho Mirage. “We hope we paint a picture that is accurate, that is dire, that there is a need for additional actions from the golf industry to help them still maintain viability in this current situation.”

Golf course superintendents and general managers from throughout the desert listened to presentations on advances in drought-tolerant grasses and technological advances that can help save water on the desert’s 120 courses. But Cheng and Pete Nelson, a director of the CVWD, made the more important presentation on the state of the Colorado basin and how water from the Colorado River can no longer be counted on as a long-term solution to irrigation needs for golf courses or agriculture in the desert.

“The facts on the ground in the desert have never really created any sense of urgency,” said Craig Kessler, director of public affairs for the Southern California Golf Association and the head of the Coachella Valley Golf and Water Task Force. “But the important point in today’s presentation is the facts on the ground now create a sense of urgency in the Coachella Valley golf community as well, precisely because it is the Colorado River water allocation that has to be dealt with.”

Eighteen golf courses served by CVWD use strictly river water for irrigation, while more than 30 others use a blend of river water, recycled water and groundwater pumped from the aquifer under the desert. A desert course can use up to 1 million gallons of water a day in the heat of the summer, less in the cooler winter months. River water has been an inconsistent source of water, with Cheng saying the district has received as much as 70 percent of its contracted allotment in some years since the mid-2010s, but only five percent of that allotment in each of the last three years.

“This valley has survived droughts. That was the whole point of me making the…