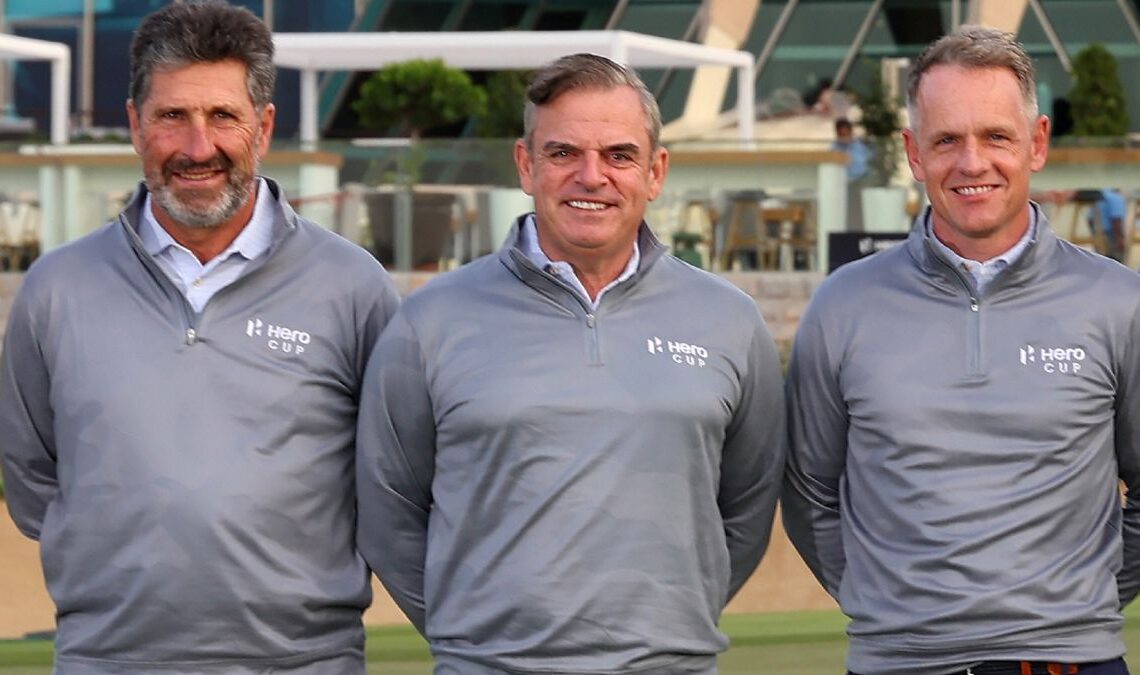 All of the players at the Hero Cup had a pre-tournament briefing from three Ryder Cup legends in an early rallying cry ahead of the big one in Rome later this year.

While the Great Britain & Ireland and Continental Europe teams will be giving it everything to beat each other up and win the Hero Cup, every player in the field has been made aware that the Ryder Cup is the main objective.

There are plenty of young players teeing it up in Abu Dhabi as the European Ryder Cup team enters a new phase with the likes of Ian Poulter, Lee Westwood, Henrik Stenson and Sergio Garcia all out of contention since joining LIV Golf.

And as Luke Donald runs the rule over a promising new wave of Ryder Cup hopefuls, the players were treated to a briefing from Ryder Cup legends Jose Maria Olazabal, Paul McGinley and Thomas Bjorn to give them a taste of what it takes to succeed in the Ryder Cup.

Players from both teams were gathered by 2023 captain Donald for the experience with three former captains, all of whom were victorious against the Americans and all three with very different styles and methods.

2014 winning captain McGinley talked stats, while mastermind of the emphatic 2018 win in Paris Bjorn talked more about the emotional side of things along with Olazabal – who was in charge of the perhaps Europe’s finest hour when the produced the Miracle of Medinah comeback in 2012.

“It was Thomas Bjorn, Paul McGinley and myself and we just talked about our experiences of the Ryder Cup from our own points of view,” Olazabal told Sky Sports while commentating on the action at Abu Dhabi Golf Club.

“Obviously Paul was much more analytical while Thomas and I talked a bit more about our personal experiences. I told them a few stories about Seve and myself, and about my first Ryder Cup in ’97 at Muirfield Village.

“I think it was a good night, players and caddies that were there were listening carefully, let’s put it that way.”

The teamtalk could prove invaluable to the Ryder Cup hopefuls all trying to impress Donald enough to be in his plans for this year’s clash with the USA at Marco Simone Golf Club in Rome this autumn, who couldn’t help but be inspired by listening to three legends of the competition.

Olazabal also regaled the teams with personal stories about his partnership with Seve Ballesteros and the best way to soak everything in when a rookie and how to gather information from the senior Ryder Cup players.

“First time I played as…