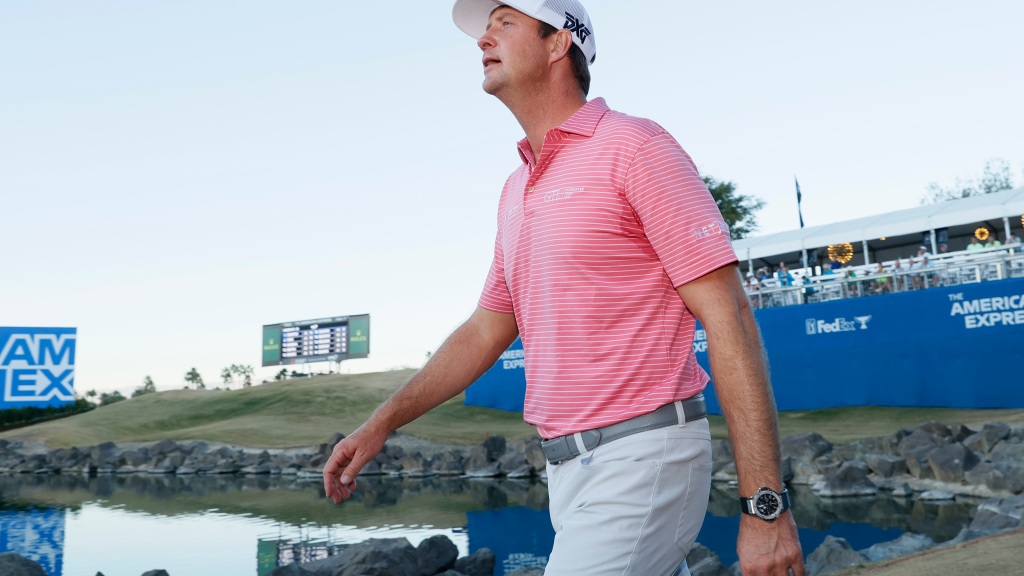 LA QUINTA, Calif. — It has always been rare for a PGA Tour event to be played without its defending champion unless that champion has an injury that forces him out of action.

Result: Second by one shot

The story: Sanders had denied Arnold Palmer a third Bob Hope title in seven years with a playoff win in 1966, and the colorful Sanders played well again as the defending champion. A fourth-round 67 put Sanders at 9 under for the week, leading the tournament by one shot over Tom Nieporte, a touring pro and the head pro at Piping Rock Country Club on Long Island (later head pro at Winged Foot). Sanders still led by one shot after nine holes on a day when birdies were tough to come by. But on the back nine, Nieporte outplayed Sanders, including making a 12-foot birdie on the final hole to take the lead. Sanders, playing in the group behind Nieporte, could only hit it to 30 feet on the 18th green and couldn’t coax the putt into the hole. The win was the biggest and the last of Nieporte’s three tour wins, and Sanders missed his chance at tournament history with a final-round 71.

The story: Rosburg had won the 1972 tournament for his first win in 11 years, beating Lanny Wadkins by a shot to become the tournament’s oldest winner at 45 years old. So it was probably asking too much for Rosburg to contend again in 1973. As it turned out, Rosburg was never in contention as the defending champion. After a solid 69 in the opening round, Rosburg fell back with rounds of 74 and 77 before a 70 in the fourth round allowed him to make the cut at 2-over 290. That left…