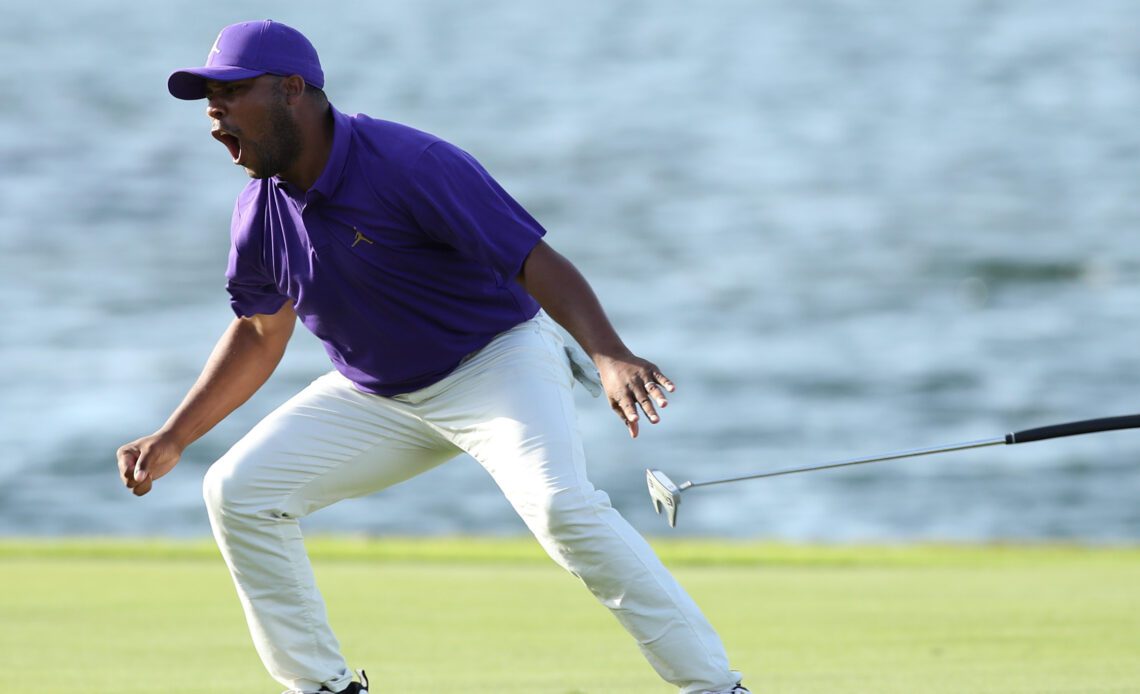 The Saudi International returns for its fifth outing at Jeddah’s Royal Greens Golf & Country Club, and, as in the previous four years, some of the world’s best players are in the field.

The tournament is sponsored by the kingdom’s Public Investment Fund – the same organisation that bankrolls LIV Golf. Last year, some of the PGA Tour players in the field offered an indication as to who would eventually sign for its bitter rival. Among those was the eventual winner of the tournament, Harold Varner III and two of LIV Golf’s highest-profile initial signings, Phil Mickelson and Dustin Johnson. All three of those players are also in the field this year.

Recently it was reported that Cameron Young is among the PGA Tour players being lined up for this year’s Saudi International, along with Lucas Herbert and Cameron Champ. However, so far, only Herbert has been confirmed in the field.

All three of the former winners will play, including 2022 victor Varner III, who holed an incredible eagle putt of 92ft to clinch the trophy. Johnson, who won the tournament in 2019 and 2021 and another player who would eventually join LIV Golf, 2020 winner Graeme McDowell, also appear.

The highest-ranked player in this year’s field is World No.3 Cameron Smith, who also joined LIV Golf last August. Other players on the Saudi-funded circuit who are appearing include Smith’s compatriot, Marc Leishman, Mexican-American Abraham Ancer, 2020 US Open champion Bryson DeChambeau and two-time Masters winner Bubba Watson, who Varner III edged out by one shot last year.

Henrik Stenson, who was stripped of the Ryder Cup captaincy when he defected to LIV Golf, also plays, as do former World No.1 Lee Westwood and Ryder Cup legend Ian Poulter, who were part of the the Greg Norman-fronted organisation’s original intake of players. The LIV associations don’t end there – another high-profile signing was 2018 Masters champion Patrick Reed, and he also tees it up. Spaniard Sergio Garcia, who claimed victory at Augusta National the year before Reed, and Englishman Paul Casey, are two other big-name LIV Golf players appearing.

As well as the event’s $5 million prize purse, an added incentive for LIV Golf players is the availability of Official World Golf Ranking points in the tournament. The winner is projected to receive 26 ranking points – a potentially precious haul given LIV Golf’s ineligibility to offer its players points.

Elsewhere in the field, there are several notable…