Who Is Brooks Koepka’s Caddie? 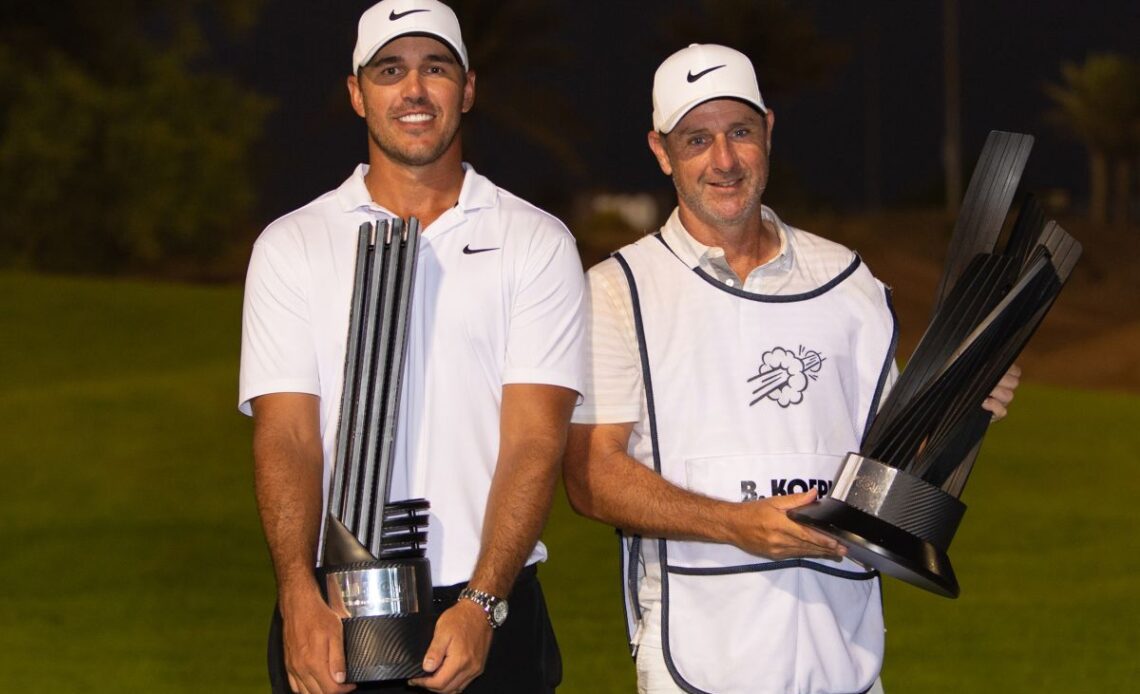 Who Is Brooks Koepka’s Caddie?

Brooks Koepka’s bagman is Ricky Elliott, who is originally from Portrush in Northern Ireland. He grew up with 2010 US Open champion Graeme McDowell and is also close friends with Ian Poulter. The caddie, who played at Royal Portrush as a junior, was a promising youngster, winning titles such as the Ulster Boys Championship and the Ulster Youth Championship.

Elliott represented Ireland at the 1990 European Youths Championship with Michael Hoey, who has gone on to win five times on the European Tour (now DP World Tour). He also went to college in the states at the University of Toledo in Ohio.

The Northern Irishman attempted to make it as a pro on the mini-tour circuit in America before becoming a caddie, a choice that has reaped dividends in recent years.

Elliott was on the bag for Dutchman Maarten Lafeber and 2003 Open Champion Ben Curtis before starting work with Koepka in 2013. He was with Ben Curtis during his 2012 Texas Open win and also caddied for Matt Fitzpatrick during the 2014 Masters.

Following Koepka’s second US Open victory, in an interview he gave to ESPN, he said of Koepka: “He’s just a real strong mental guy, he’s unflappable. When he hits a bad shot, he never gives me any grief. He gets on with it. I mean, to this day, if we hit one over the back [of the green], he’d probably just turn around to me and go, ‘Well, I hit that quite a bit hard’. Which is unusual for a good athlete or player. He takes a huge responsibility in what he’s doing out there. Makes my job very easy.”

Koepka is also full of praise for his bagman. “He keeps it light,” said the American ahead of The Open at Royal Portrush in 2019.. “He knows not to talk about golf while we’re out there. He knows if I’m getting a little bit tense, maybe upset, angry, whatever it is, he can tell just by my walk. He can tell, just body language. I think that’s what makes a great caddie. A lot of times he’ll tell me to slow down, slow my walk.

“If I get angry, my walk just gets a little bit quicker. And then under pressure he knows exactly what to say at the right time, and that’s what you want in a caddie. I wouldn’t want anybody else on my bag, I know that. He’s been tremendous. He’s part of the reason why I’ve had the success I’ve had. And I love the guy to…