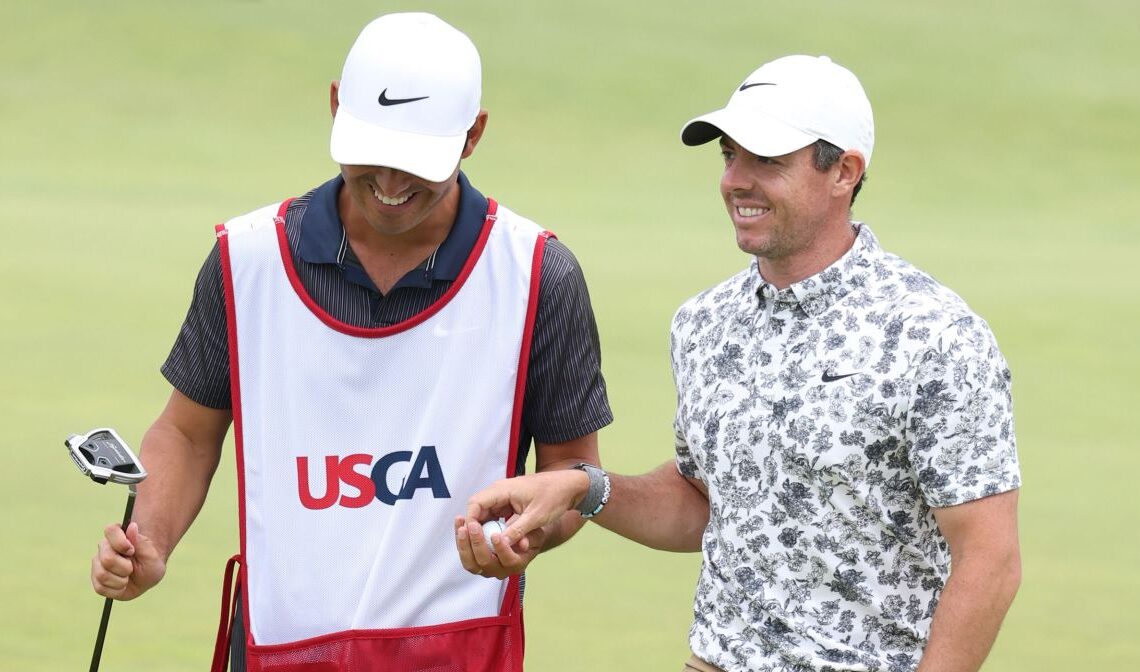 Who Is Rory McIlroy’s Caddie?

Rory McIlroy briefly had his friend Niall O’Connor on the bag and they had a lot of success together, winning the RBC Canadian Open in 2022. But this was not a permanent partnership as Rory’s usual caddie, Harry Diamond came back on the bag quickly.

O’Connor, a friend who met McIlroy in his late teens, caddied for McIlroy once before, at the 2019 DP World Championship in Dubai. O’Connor played high-level rugby for Ulster and is also a keen golfer.

“Sort of bonded through my love of rugby and him playing and our love of golf,” said McIlroy to PGA Tour.com. “He made the move over to the States a few years ago and (we) kept close.”

This partnership came about because McIlroy’s usual caddie, Diamond, was expecting a second child with his wife. Rory McIlroy and Harry Diamond got together in 2017 after McIlroy and JP Fitzgerald split after eight years and four majors together. It was thought to be a short-term alliance but they have been together ever since.

They have teamed up for seven wins and two Ryder Cups but their friendship goes back to their junior days at Holywood Golf Club where Diamond was also an outstanding player, representing Ireland as a youngster. In 2012 he won the West of Ireland Championship which earned him a spot at the Irish Open that year.

As well as being on McIlroy’s bag he has also been by his side as his best man at his wedding to Erica Stoll in Co Meath and his early days on McIlroy’s bag included the Par 3 Tournament at Augusta.

McIlroy describes the relationship as being particularly close.

“I was an only child and Harry was a big brother. We’re very close. I love having him on the bag. I’m a different person. And I’m never going to give him sh** even if something goes wrong. It would not be worth it.”

The pair are yet to win a major together, something that is repeatedly pointed out with McIlroy having been stuck on four since 2014, but one of their high points came when Diamond talked McIlroy into taking a penalty drop at the 72nd hole before finding the green at Quail Hollow.

“Harry was awesome out there especially that decision on the last,” reflected McIlroy. “I was ready to get in there and try to play that with a lob wedge and he was sort of like, ‘Let’s take a step back, let’s think about this, where’s the best place you’re hitting your third from.’

“So he sort of calmed me down, slowed me down a little bit and said, ‘Pal, let’s just…