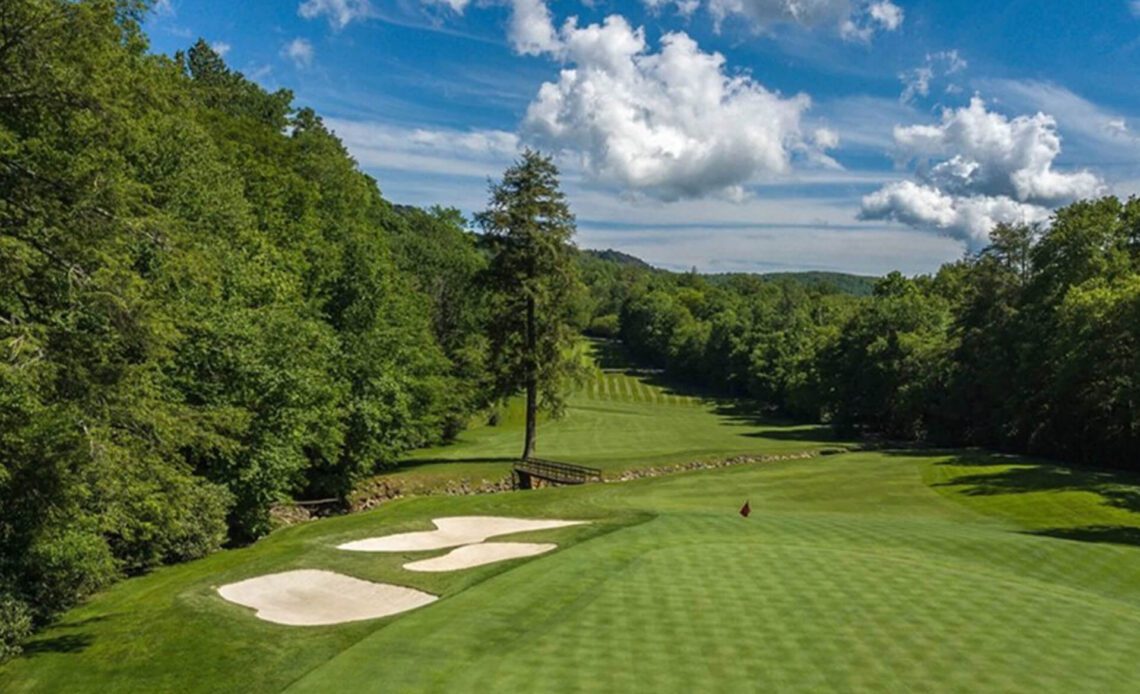 The course was originally designed in 1968 by Ellis Maples and is considered one of the first true mountain courses in the U.S. A second course Maples-designed course was added in 1977, called Mountain Springs. Weed is a seasonal resident nearby and has been providing consulting services to both courses for more than 10 years.

Many much-needed improvements were made during the project, including a tee shift on hole 11 and new tee complex on hole 16, rebuilt bunkers on holes 8, 10, 11 and 18, and extensive updates to the course infrastructure. The course receives above average rainfall and experiences harsh winters, so reliable drainage was a priority. Diversion swales were installed on many holes to contain runoff, herringbone drainage systems were installed on every fairway and both drainage systems feed into a primary storm drain. That drain was originally made of corrugated metal which had rusted and started to leak due to its age, so it was replaced with high-density polyethylene pipe, which is far for sustainable and long-lasting.

“My past conversations with golf course architect, Ed Seay – who mentored under Ellis Maples and served as the on-site project manager – assisted our firm in understanding Mr. Maples’ true design objectives,” Weed said. “Mr. Seay also revealed how challenging the golf course construction was in difficult mountain conditions. From those discussions, we have upheld their design philosophies, while improving upon the golf course’s infrastructure, maintenance and aesthetics.”