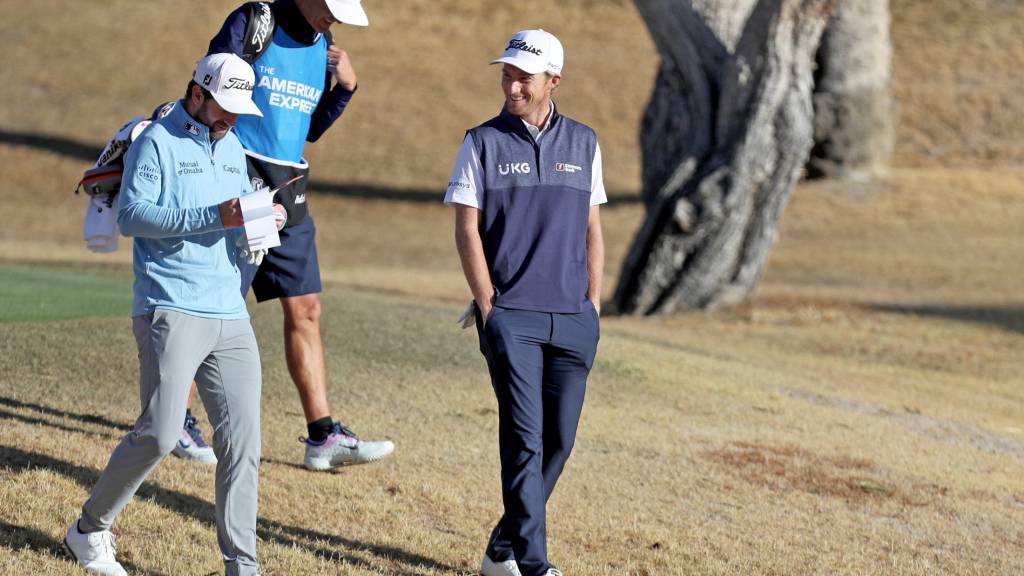 LA QUINTA, Calif. — A pair of familiar playing partners got their American Express underway at the Nicklaus Tournament Course at PGA West on Thursday, with former Wake Forest college teammates Cameron Young and Will Zalatoris teeing up in tandem.

Winners of the past two PGA Tour Rookie of the Year honors (Zalatoris in 2021 and Young in 2022), neither rising American star was able to go low in the opening round, but both played well enough to stay in contention.

For Young, the world’s 17th-ranked player, he initially summed up his 4-under 68 with a lone word.

Said mess was more evident from the round’s onset as Young, whose tie for 40th at last year’s American Express preceded five runner-up Tour finishes in ’22, bogeyed his second and third holes of the day before concluding his round with birdies on four of his last eight holes.

Zalatoris, the No. 7 player in the world, finished the day one shot behind Young, shooting a 3-under 69.

“I feel like it’s a little bit of a birdie-fest out here, but if you’re not playing that well, it’s not that easy,” Young said. “I felt like I was a little bit shaky in some spots, and didn’t make much, really, until the last hole.  So I feel like I got out of here at 4 under without really hurting myself too much.”

Former college roommates during their time with the Demon Deacons, the shared Tour time for Young and Zalatoris isn’t limited to La Quinta.

“As time has gone on, we’ve played practice rounds together more and more,” said Young of the friendship.  “And our lockers are next to each other every week.  Whenever I see him, I tell him I can’t get away from him.”

Measured scoring aside, the simpatico pairing was well-evident.

“Pretty easy, really comfortable I think for both of us,” said Young of competing alongside Zalatoris. “And it’s someone I can root for that I’m playing with. It’s good when he does good things, and I know he feels kinda the same about me.”

Zalatoris was unavailable for comment post-round after being asked to perform a random drug test by the PGA Tour.

At last year’s American Express, Zalatoris shot a course-record 61 on the Nicklaus Tournament Course, including seven consecutive birdies to conclude his round.  While such a score was nowhere in sight on Thursday, mention of the record mark did arise amid banter, albeit briefly.

“I mentioned it to him, maybe, just kind of in regards to I don’t…