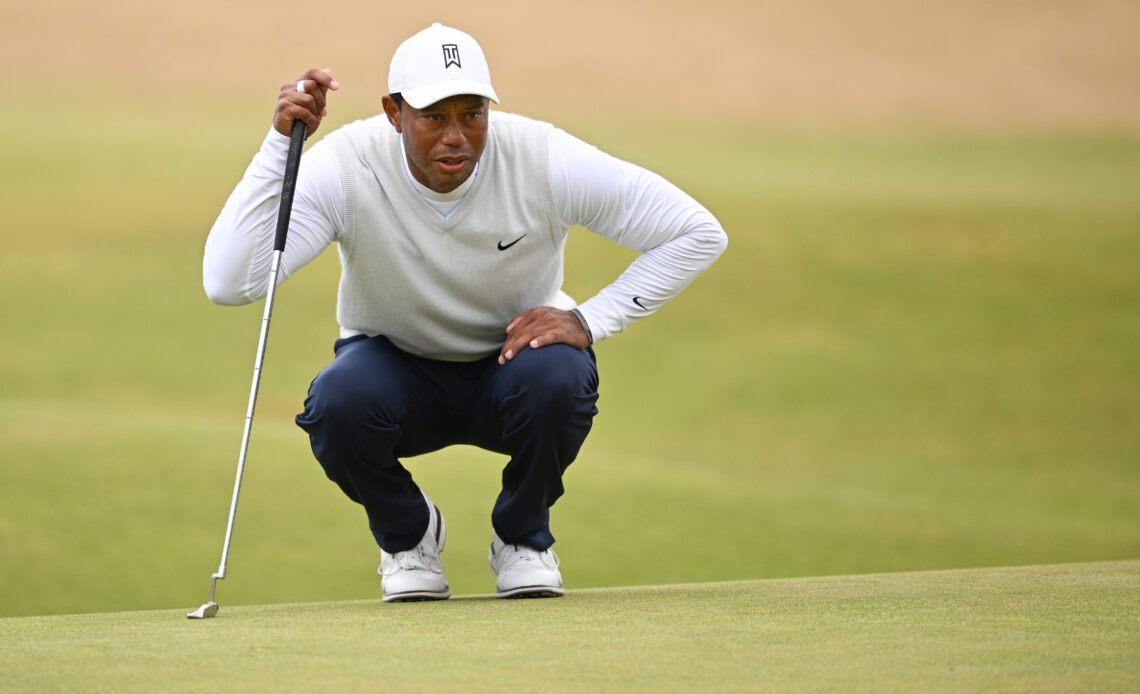 There seems to be an almost unlimited amount of stock available from the Tiger Woods collection going up for auction – with the latest being a signed Scotty Cameron putter which has already attracted bids of $30,000.

Various items from the career of the 15-time Major champion have been going under the hammer over the last year or so, some fetching huge selling prices with another signed Scotty Cameron sold for over $300,000.

Top of the bill were the set of irons that Woods supposedly used to win the Tiger Slam, and they were sold for a whopping $5 million when put under auction last year.

The current putter up for grabs with Golden Age Auctions (opens in new tab) is a custom made Scotty Cameron Newport II Red Dot Putter, with a certificate of authenticity on which Cameron describes it as “made for Tiger Woods.”

The flat stick was made for the 82-time winner “circa 1999 to very early 2000s” and was previously auctioned off at Woods’ Tiger Jam charity even in 2005.

Also up for grabs is a pin sheet from that remarkable play-off for the 2008 US Open signed by both Woods and Rocco Mediate – who pushed the one-legged Tiger all the way at Torrey Pines.

“Golf collecting was gaining in popularity leading up to COVID, but the pandemic added fuel to the fire,” Ryan Carey, founder and president of Golden Age Golf Auctions, told the PGA Tour website. “Collectibles in all categories started seeing a flood of new collectors enter the hobby, and prices started soaring as a result.

“Golf was already seen as under-appreciated and undervalued, so this growth was especially evident in the golf collecting industry.

“So right now, we’re in a period where golf collectors are racing to find quality pieces of Tiger Woods memorabilia – both for their personal collections and for the fact that they believe the best items will be great investments.”

Other items up for auction include tickets and signed flags from various events Woods won at over the years, along with items from the likes of Rory McIlroy and Jordan Spieth along with legends such as Jack Nicklaus and Seve Ballesteros.