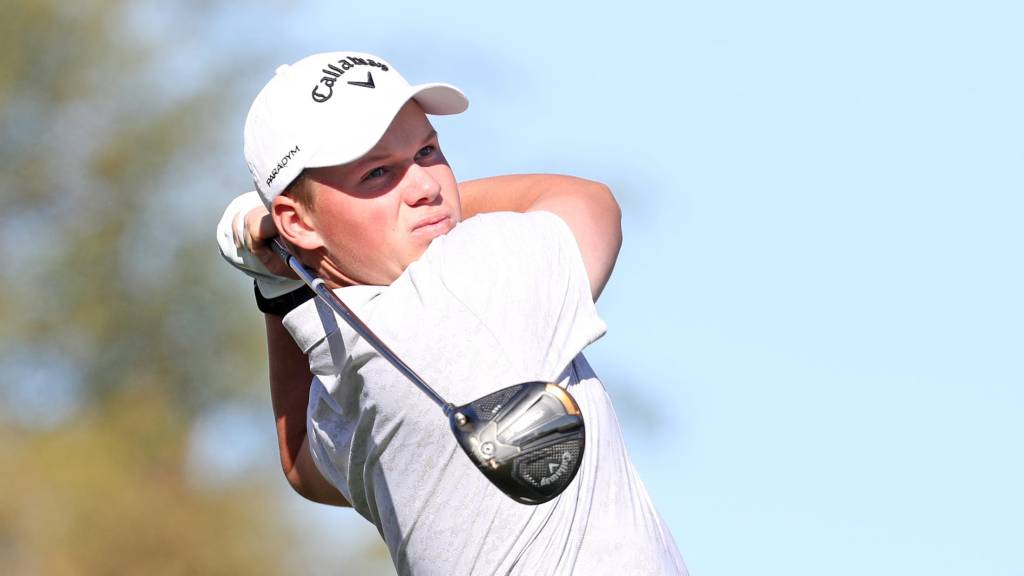 LA QUINTA, Cali. — One week ago, 18-year-old Caleb Surratt was just chilling out at the University of Tennessee where he is a freshman on the Vols’ golf team when his phone buzzed.

“Yeah, it was unexpected for sure, and an hour later I was making flight arrangements to get out here,” said Surratt after his round Friday. He’s the youngest player at this event and the only amateur in the pro field. He is at 4-under midway through the tournament after shooting a bogey-free 3-under 69 on Friday at the Stadium Course at PGA West in La Quinta.

This marks the second time he’s played in a PGA Tour event after also competing in the Butterfield Bermuda Championship in October.

But this week has been pretty special for Surratt. He arrived Sunday, played a practice round with Will Zalatoris on Monday and Tuesday, and a practice round with fourth-ranked Jon Rahm on Wednesday. So he went from not being in the event last Saturday to tooling around the course with one of the world’s best players four days later.

“Obviously, it’s an awesome opportunity. I feel like my good golf can compete with these guys. But it definitely is a bit of a learning curve, and I’m definitely learning some things out here from these guys,” Surratt said. “It’s the mental aspect and consistency that a guy like Rahm has that’s impressive. He won his last event, he might win this one and he’ll probably be in contention at his next one. It’s impressive.”

Though only 18, Surratt has been in some pretty pressure-packed situations already. He was one of six players representing the United States on the junior Ryder Cup team and he finished second at the 2022 U.S. Junior Amateur.

Surratt said he hasn’t felt overmatched in Bermuda in October or this week in La Quinta, even playing against the best pros. He has confidence in his game, which features the ability to hit some long drives, evidenced by his 332-yard beauty that led to a finishing birdie on the 18th hole Friday.