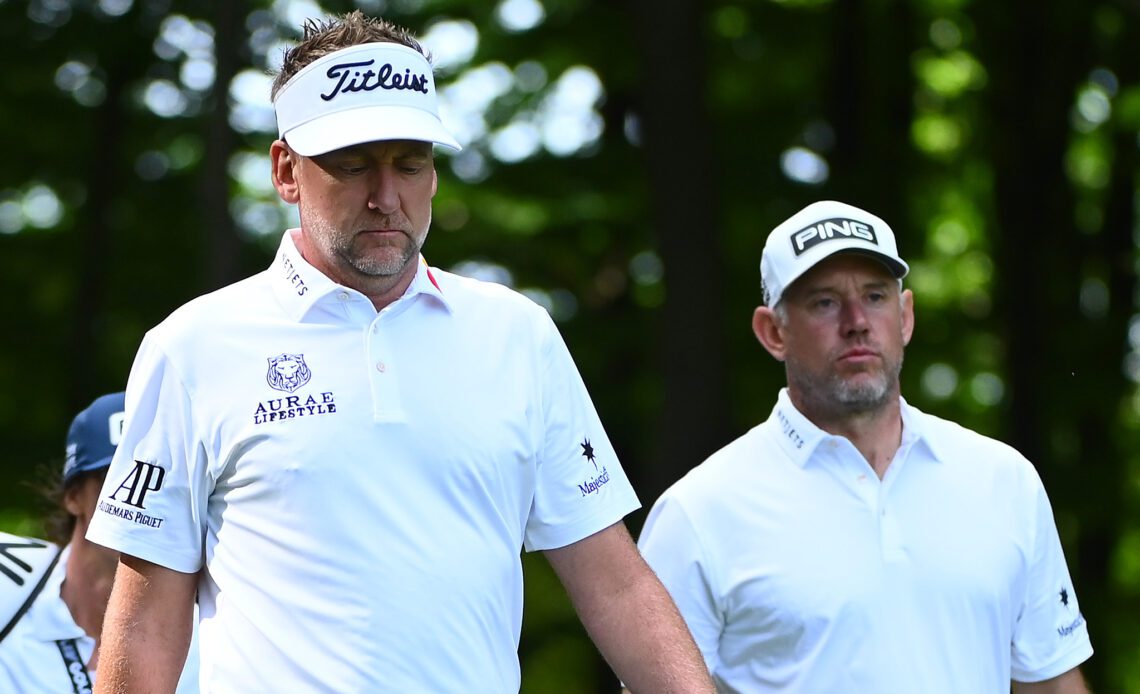 Lee Westwood and Ian Poulter are among several LIV Golf players in the field for this week’s DP World Tour event, the Dubai Desert Classic at the Emirates Golf Club.

However, while the pair will be looking to add to their combined 37 wins on the Tour as they take on players including World No.1 Rory McIlroy, the occasion is likely to have added meaning. That’s because, after 395 appearances on the Tour for Poulter and a mammoth 589 for Westwood, it could mark their last.

An appeal panel will determine the future of LIV Golf players on the DP World Tour in a case beginning in London on 6 February. That will mark the culmination of a battle that began in June after DP World Tour players, including Westwood and Poulter, teed it up in the opening LIV Golf event at London’s Centurion Club. That led to the DP World Tour imposing sanctions on those players of bans from the Genesis Scottish Open and Barracuda Championship and fines of £100,000.

Three players, including Poulter, took action against that move and the decision went in their favour with the bans “temporarily stayed”, allowing them to compete on the Tour in the interim. Since then, there has been a sense that, while eligible for its tournaments, the players have not always been welcome.

For example, in August, Poulter accused the DP World Tour of withholding footage of his performance at the D+D Real Czech Masters. Then, before the DP World Tour’s flagship event, September’s BMW Championship at Wentworth, LIV Players were told they couldn’t play in the pro-am, were encouraged not to wear LIV apparel and were not included in TV featured groups.

Even before last week’s Abu Dhabi HSBC Championship Poulter alluded to the perception that LIV Golf players were treated differently, saying: “I’m not in the pro-am tomorrow. I don’t know if they will put me on telly. But that doesn’t bother me anymore. 2022 was full of big distractions. And my full focus for 2023 is to have as little distractions as possible, play good golf and enjoy myself.”

Now, both he and Westwood face the possibility of being permanently frozen out of a Tour their names are synonymous with. Poulter made his first appearance on it 24 years ago, whereas for Westwood, his association goes back even further, to 1994. As well as Westwood’s 25 wins and Poulter’s 12, the pair have also written their names into Ryder Cup folklore for their performances in the biennial competition over the years.