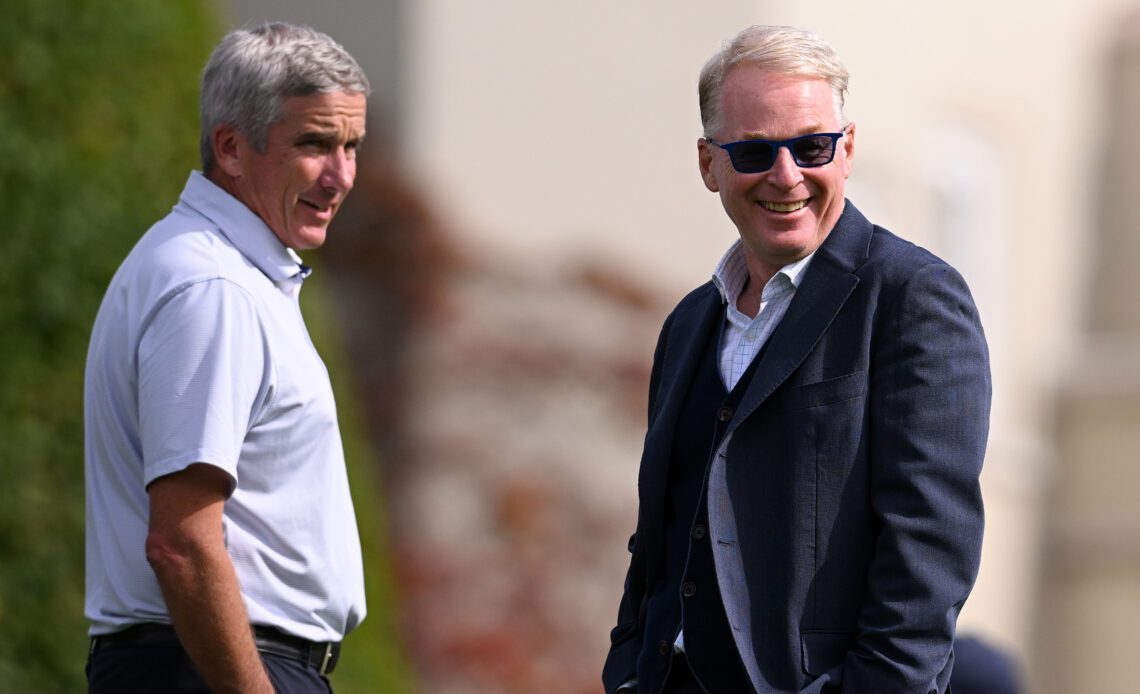 LIV Golf’s ongoing battle for world ranking points remains one of the biggest stories in the sport, and it has now emerged that the decision will not be influenced by the heads of both the PGA and DP World Tours.

“At the last OWGR board meeting [in December] myself, Jay Monahan and Keith Waters recused ourselves and now a separate committee made up of the four Majors will now determine the application,” Keith Pelley said according to The Telegraph (opens in new tab).

“I have not looked at the LIV application and I’ve not given my opinions on an application I’ve not seen. So, as far as LIV goes, we are not involved in it and have no influence or say in what transpires.”

The trio departing from the LIV Golf case means that the new separate committee of Augusta National Golf Club, the R&A, the USGA and the PGA of America will seal the fate of whether the Saudi-backed circuit gains sanctioning from the Official World Golf Ranking.

This will be music to LIV CEO Greg Norman‘s ears, who will have renewed hope after The Masters confirmed that LIV golfers will still be allowed to tee it up in the year’s first Major at Augusta National. The Open has done the same, and it is expected that LIV players will also be able to tee it up at the PGA Championship and US Open.

Greg Norman is, to no surprise, desperate for his tour to gain OWGR sanctioning and has constantly pleaded with the game’s stakeholders for the application to go through successfully.

A total of 50 LIV players also signed a letter pleading with OWGR Chairman Peter Dawson in October. “The case for LIV’s inclusion…