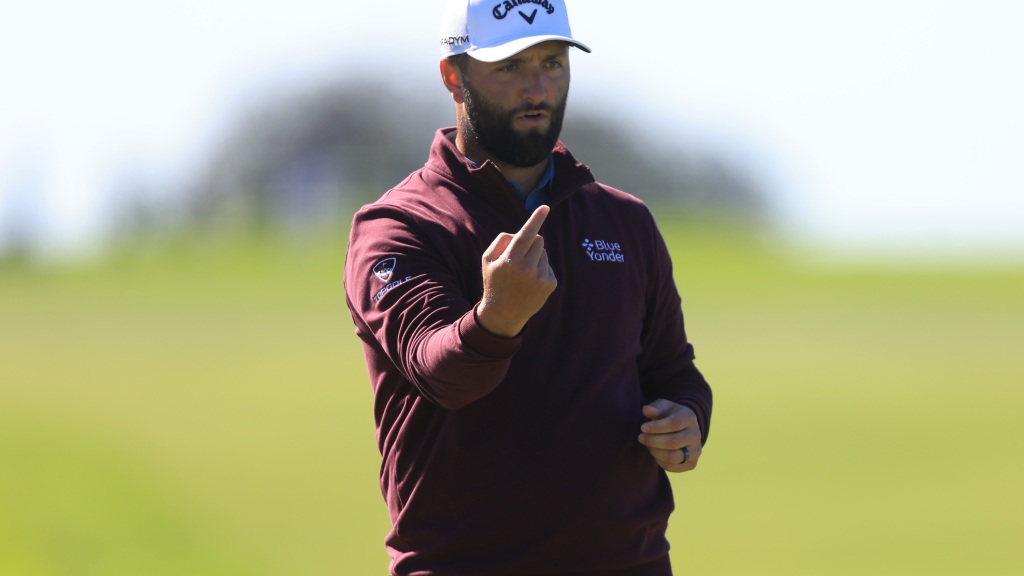 SAN DIEGO – Sam Ryder says most of his great rounds usually start with a birdie. On Wednesday, at the first round of the Farmers Insurance Open, he did one better than that.

Starting on the par-5, 10th hole at the North Course at Torrey Pines, Ryder rolled in a long eagle putt.

“Well, that’s it for me. I’m done for the day,” Brendan Steele, one of his competitors in his grouping, recounted what Ryder said. “I was like, ‘Dude, this isn’t a best ball. You’ve got to keep playing.’ So, he just decided to go crazy.”

Ryder tallied six birdies to go along with the eagle to post a bogey-free 8-under 64 and share the lead with Aaron Rai and rookie Brent Grant. Steele did his best to keep up with Ryder, rolling in a birdie at 10, the first of seven on the round to shoot 65.

“He was always in front of me the whole day,” Steele said. “His good play was helpful. It’s nice to see balls go in the hole.”

“You do feed off that,” Ryder added of a comfortable pairing where both players were dialed in. “There’s truth to that, for sure.”

Ryder, 33, entered the tournament in a slump, having missed three straight cuts and four of his last five, but his confidence remained intact.

“I felt like I was shaking holiday rust off,” he explained. “I’ve been working hard since the start of the new year and felt good about my game. It was just, it started off the tee for me, it was drive it in the fairway and I felt like I could attack.”

Ryder tabbed it a stress-free round and it all began with the opening-hole eagle.

“There wasn’t much to the putt,” he said. “It was actually fairly straight and it was one of those when it was halfway there, it looked pretty good and it just kind of fell in perfect.”

Brent Grant moves into a tie for the @FarmersInsOpen lead with his ninth birdie of the day. 📈

The 26-year-old rookie flamed out of the American Express last week finishing dead last for 36 holes. His 54-score included a two-stroke penalty for arriving late to the first tee during his third-round 79.

“It’s a good round of golf and I may be in the lead with a couple other guys, but again, it’s just day one,” he said. “You’ve got to put the past behind you and it’s the past so now we move forward.”