Who Has Won The Most PGA Tour Events? 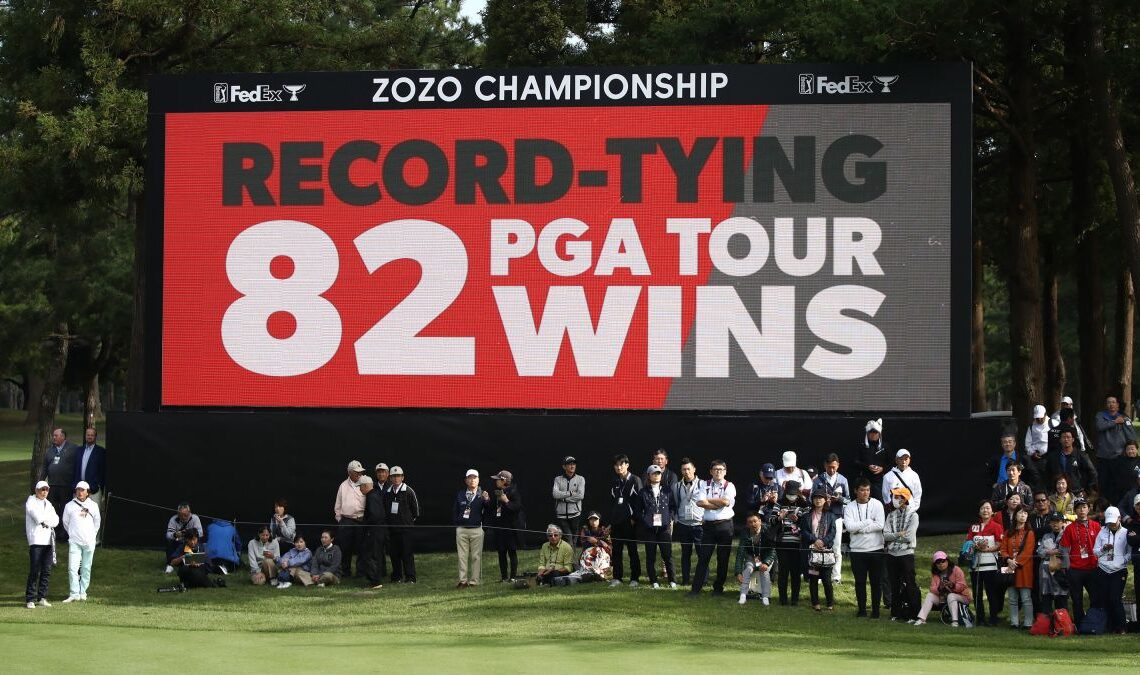 In 1916, the Professional Golfers’ Association of America was founded. Although a formalised circuit of tournaments wasn’t established until 1929, the PGA Tour today recognises wins post 1916 as counting as PGA Tour victories.

Sam Snead turned professional in 1934 and won the first of his 82 PGA Tour titles in the West Virginia Closed Pro of 1936. He won that event by an incredible 16 strokes having shot a second round of 61.

Snead enjoyed remarkable longevity in his career. His final PGA Tour title came almost 29 years after his first, in the Greater Greensboro Open of 1965. At 54-years-old, Snead shot four rounds in the 60s to win by five.

He continued to be competitive into his late 60s. Shooting his age of 67, then beating it with a 66 in the Quad Cities Open of 1979. He also became the oldest player to make the cut in a Major when, at 67, he achieved the feat in the 1979 PGA Championship.

In total, Snead won 142 professional tournaments between 1936 and 1982, including seven Majors. He recorded top-10 finishes in Major championships in five different decades – the 1930s to the 1970s.

Tiger could still surpass Sam Snead to stand alone at the top of the list of players with the most PGA Tour titles to their name. At the time of writing he, like Sam Snead, has 82.

Woods has accrued his 82 PGA Tour titles over a shorter timespan than Snead. He claimed his most recent in the Zozo Championship, in October 2019, just over 23 years after his inaugural win.

Tiger has won the PGA Tour money list on 10 occasions, and he has 15 Major titles under his belt. Only Jack Nicklaus with 18 has more. Jack secured 73 PGA Tour titles (he’s third on the all-time list.)

Woods is still competing and, despite his well-documented injuries, there remains a chance that he could win again on the PGA Tour. Woods is a man who has repeatedly defied the odds and general consensus…