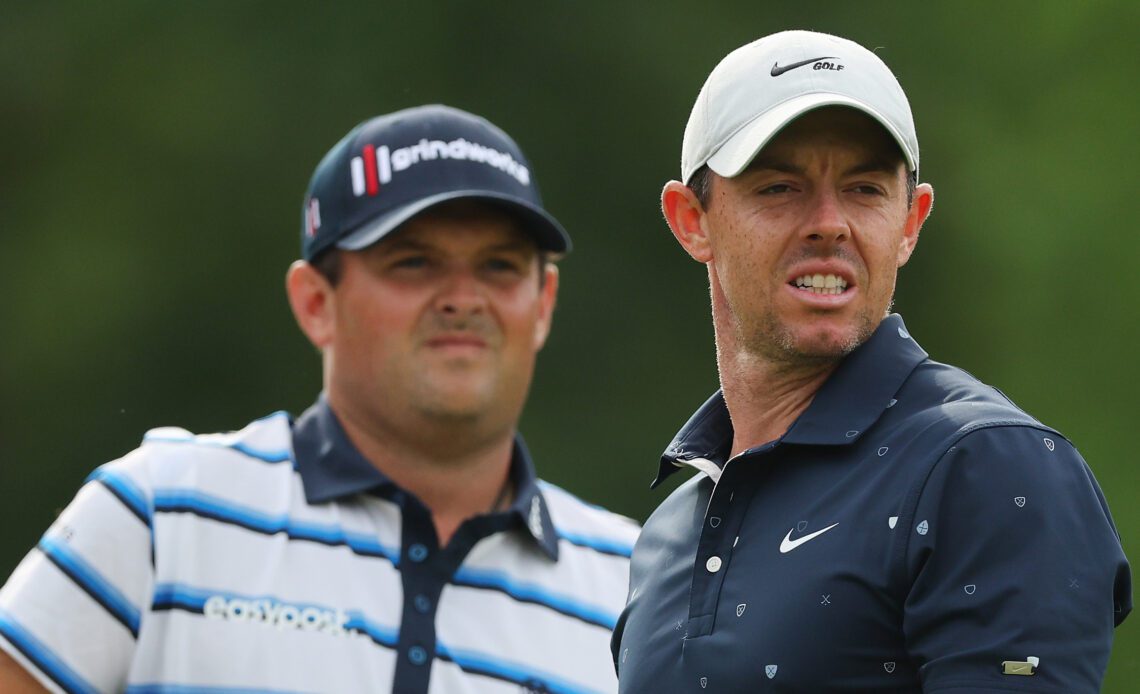 Rory McIlroy makes his first start of the year in this week’s Dubai Desert Classic alongside several LIV Golf players.

Before the action even gets under way, though, there has been some tension between the Northern Irishman and LIV player Patrick Reed, after McIlroy declined to acknowledge a handshake from the American, resulting in Reed reportedly throwing a tee in his direction.

Speaking to the media ahead of the tournament, McIlroy first attempted to play down the incident, saying: “Patrick came up to say hello and I didn’t really want him to. From my recollection, that was it. I didn’t see a tee. I didn’t feel a tee. Obviously someone else saw that. But it’s definitely a storm in a teacup. Obviously nothing – I can’t believe it’s actually turned into a story. Yeah, it’s nothing.”

However, he then revealed the reason he didn’t acknowledge Reed was at least partly due to an unwelcome early Christmas present from Reed’s law firm Klayman Law Group amid the ongoing PGA Tour vs LIV court case. He said: “I was subpoenaed by his lawyer on Christmas Eve. So of course, trying to have a nice time with my family and someone shows up on your doorstep and delivers that, you’re not going to take that well. So again, I’m living in reality, I don’t know where he’s living. If I were in his shoes, I wouldn’t expect a hello or a handshake.”

Apeaking to the Mail’s Chief Sports Feature Writer Riath Al-Samarrai (opens in new tab),Reed has said the subpoena was “nothing to do with me,” as it’s related to the wider PGA Tour vs LIV case, where Klayman Law Group is acting on behalf of LIV Golf. Reed had his own take on the incident, too, telling the Mail: “I walked over there and wished Harry (Diamond, McIlroy’s caddie) Happy New Year and then Rory because it is the first time I have seen them. Harry shook my hand and Rory just looked down there and was messing with his Trackman and kind of decided to ignore us. We all know where it came from, being part of LIV.

“Since my tees are Team Aces LIV tees I flicked him one. It was kind of a funny shot back. Funny how a small little flick has turned into basically me stabbing him and throwing a tee at him. He saw me and he decided not to not to react. But it is one of those things. If you’re going to act like an immature little child then you might as well be treated like one.”

The damage of the ongoing legal tussle between LIV Golf and the PGA Tour clearly runs deep for McIlroy. The 33-year-old also revealed that he…