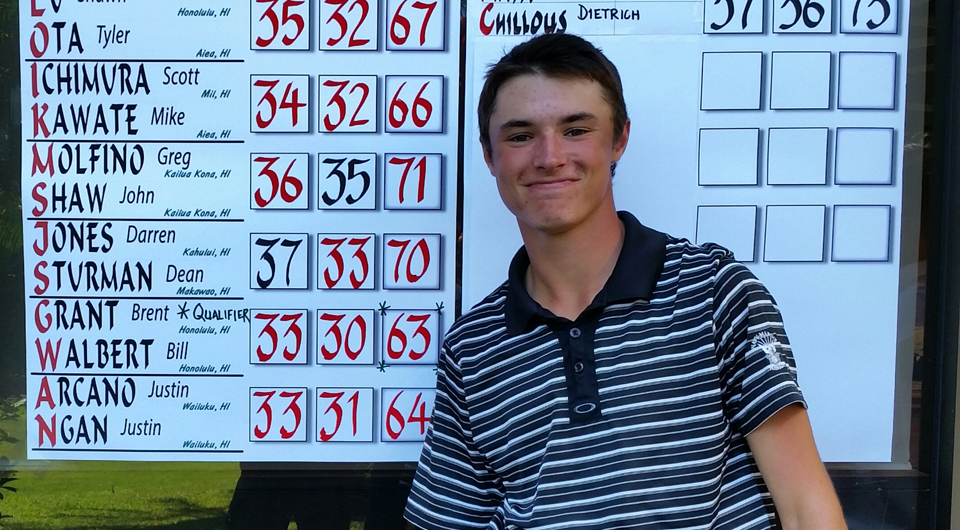 Brent Grant has qualified for the Sony Open in Hawaii in pretty much all ways imaginable.

The big-hitting Hawaii native got into the field in 2017 – which was also his first PGA Tour start – after winning a qualifier for members of the Governors Cup team, which is composed of the best amateurs in the state.

In 2019, he Monday qualified at Waialae Country Club. In 2022, he was on the Korn Ferry Tour and was attempting again to Monday qualify when he was approached on the course early in his round.

“I got pulled off the Monday qualifier,” he said Tuesday. “They gave me a sponsor invite last minute. Obviously with what was going on overseas and around here with COVID, the field actually dropped lower than anybody really expected.”

Now in 2023, Grant is a full-fledged member of the PGA Tour, having earned his card after an emphatic birdie putt in the Korn Ferry Tour Championship last August.

The BYU-Hawaii alum has yet to make the cut at the Sony in three tries. Maybe his fourth appearance will be the breakthrough for the Hawaii native who started playing golf at age 13 and would spend long hours at a course about 12 miles away from Waialae.

“I grew up at the Navy Marine Golf Course right across from the airport,” Grant said. “My dad was in the Navy for 30 years, and I got dropped off at 7 the morning and picked up at 7 at night.”

After high school, where he said he got “terrible” grades, he attended a junior college before starting his collegiate career at Oregon State. That lasted all of two events. He transferred back to the islands to play at BYU-Hawaii, where he played 13 events.

“That was all the college golf I ever played,” he said, describing how on his 21st birthday he turned pro. He honed his game on several mini-tours and the Korn Ferry Tour before making it full time on the PGA Tour this season.

Grant’s path to the highest level in golf is not that unusual. Many golfers have to grind for several years before they find pay dirt. What sets Grant’s story apart is what he accomplished as a 18-year-old, just five years after picking up the game.

He qualified for the first-ever U.S. Amateur Four-Ball.

Brent Grant, 18, qualified for the 2015 U.S. Amateur Four-Ball Championship without his partner.

True story. Turns out his partner, 47-year-old Bill Walbert, was needed in surgery as a physician’s assistant, so Grant went it alone, lipping out a potential eagle putt on the last hole that…