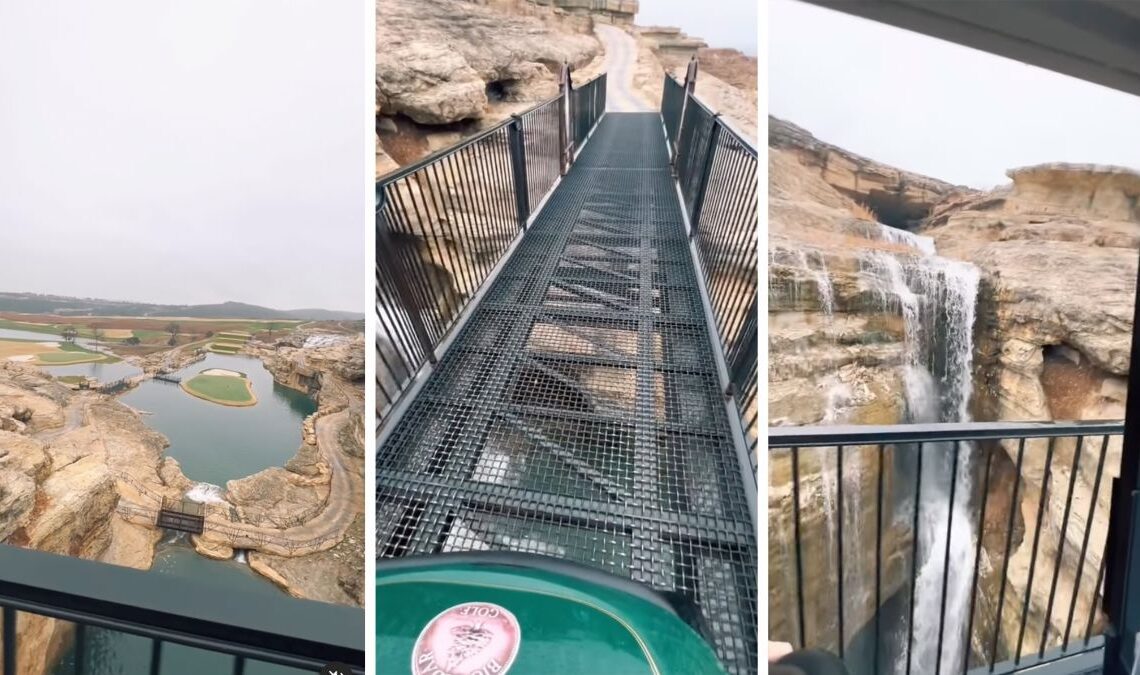 Tiger Woods’ first public golf course, Payne’s Valley, has developed a reputation for being out of the ordinary since opening in 2020.

Players taking on the course at Big Cedar Lodge in the spectacular Ozarks will find a lush course brimming with rolling fairways, vast greens and some of the most breathtaking views you’re ever likely to encounter. One of the most incredible aspects, though, is saved until the end – the bonus 19th hole, nicknamed Big Rock at Payne’s Valley, a par-3 202-yard effort that features an island green against a backdrop of waterfalls on the limestone cliff-face.

So, what could be more impressive than that? We may have the answer. Following a player’s round, one potential issue is that, after the final putt drops into the hole on the 19th, the clubhouse stands several hundred feet away – above the green.

Now, an Instagram video, uploading by Zire Golf, shows the immense journey players need to make after completing the 19th to find the sanctuary of the clubhouse, and it’s one for the thrill-seekers.

After hopping in the cart, players embark on a ride that includes driving through foreboding caves with cascading waterfalls, before emerging into a turn that appears perilously close to the mountain’s edge before tackling the “Cliff Hanger Trail,” a narrow bridge over the top of a spectacular (and disconcertingly high) canyon.

While the journey is not for the fainthearted, the final few seconds of footage show the welcome reward awaiting players  – the incredibly inviting-looking clubhouse with a roaring fire.