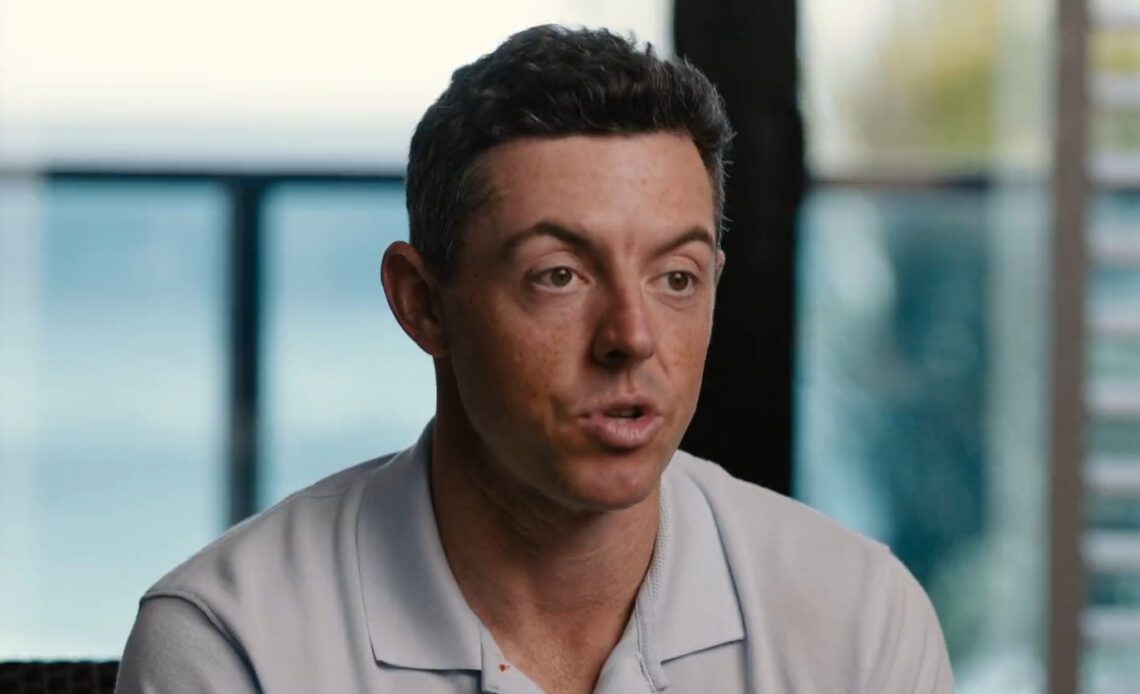 The trailer for the upcoming Netflix documentary Full Swing offers plenty of tantalising glimpses into what the series has in store following the PGA Tour in one of the most controversial periods of the game’s history.

A number of the biggest names in the game have cameos in the teaser, but one of the most intriguing appearances comes towards the end, from none other than World No.1 Rory McIlroy.

It had been thought that the Northern Irishman would not take part in the series, which is released on 15 February, as he hadn’t previously been announced as appearing, although that suggestion has now been debunked. After a breathless first 40 seconds, the last few are dedicated to the words of one of the PGA Tour’s biggest proponents. The music stops and the focus turns to McIlroy, who says: “If I want the game that I love to be played by future generations, the game needs to be pushed forward.”

Given the last 12 months, it is perhaps unsurprising that the creators of the series have persuaded McIlroy to come on board with the production. The four-time Major winner has increasingly emerged as one of the most pivotal figures in the PGA Tour’s battle with rival organisation LIV Golf. The 33-year-old has spoken out repeatedly in favour of the PGA Tour in recent months and held a player-only meeting last August to plot a way forward amid the LIV Golf threat.

Earlier in the trailer, one of the original defectors from the PGA Tour to LIV Golf, Ian Poulter, remarks: “You picked a hell of a year to start following the PGA Tour,” and there is no doubt McIlroy played a central role in a history-making and controversial 2022. As well as his role defending the PGA Tour, on the course, McIlroy had one of his best-ever years, including winning the FedEx Cup and reclaiming his position at the top of the Official World Golf Ranking.

While we will need to wait a little longer to find out just how big a part McIlroy has in the documentary, confirmation of his participation only adds to the intrigue surrounding one of the most eagerly anticipated releases of the year.